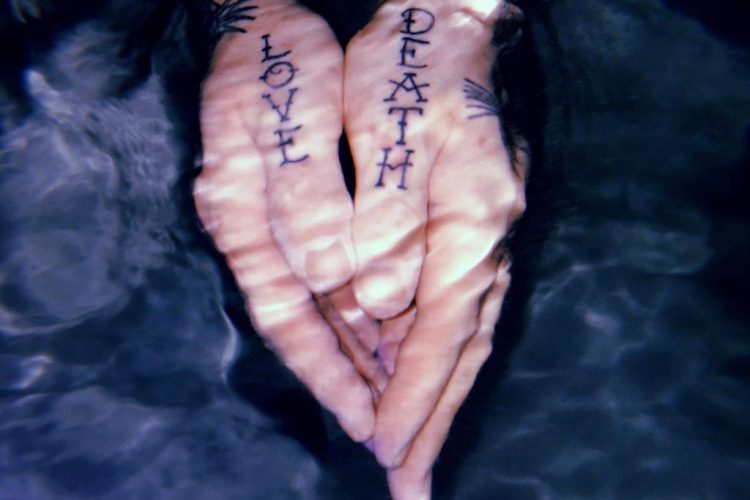 So a couple of months ago, my mate Dean from Side Mission Records was dropping off a Pizza Tramp LP at mine, and he had a cheeky look in his eye. “How do you like the sound of SMR001, then?” My ears perked up, and I asked what they had cooking. He just grinned and said “It’s really really F-ing emo”. I have it now, clenched in my pale clammy hands, that first release from Side Mission Records and I can confirm that Dean was correct: Its really really emo. 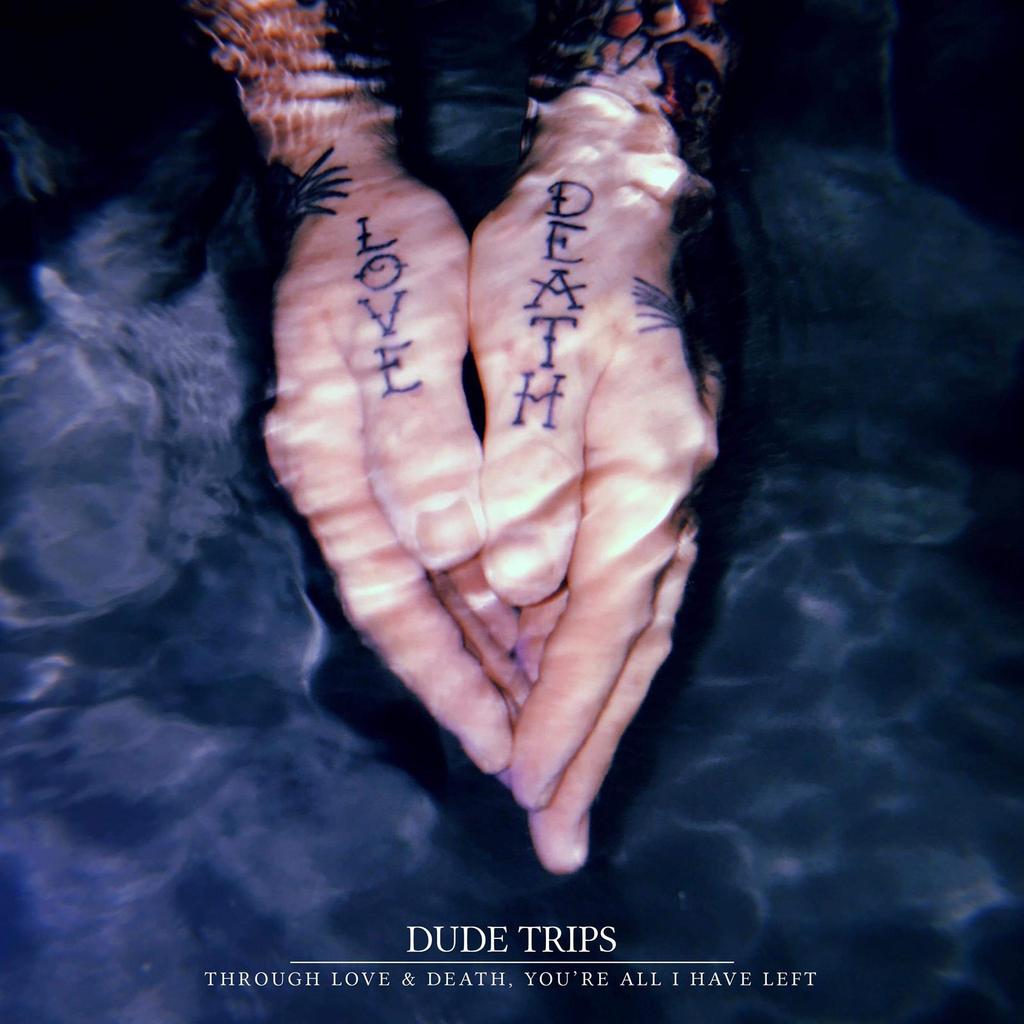 Now I’m not talking that new wave of nonsense that called itself emo: this is not Panic at the Disco or My Chemical Romance. I’m talking old school: early Brand New or Jimmy Eat World, stuff like Sunny Day Real Estate, Jawbreaker, Dashboard Confessional. Proper plaintive, vocal heavy, tells-a-story emo. And, let me tell you, Dude Trips have given us a bucketload of plaintive here.

The album opens with “Blank Canvas“, a weighty introduction to some simple but effective guitar lines, and to Shaun’s distinctive Aberdeen drawl. I even wonder if there was an intentional nod to Brand New’s classic Your Favorite Weapon album in the chorus line of “Spit records from our favourite bands” and the similarities to their well known track “Mix Tape”. It crescendos beautifully, dropping away again in waves.

The engine gets a bit more fired up during “In Between Days“, Sean’s drums really punching into the foreground. It contrasts nicely with the slightly more muted vocals from Jamie in the verse, which sink under the duvet of melodious but gently distorted guitars – only to burst out into the chorus “Tell me was it worth it?!”

Overall I’m struck by the vocals here. You’ve got Shaun, bassier, accented, dripping with emotion – listen to him singing “What the hell am I holding on to?” on “Documentaries” and there’s nae doot boot whur thur fraam, d’ye ken? Then you’ve got Jamie’s voice, a bit higher, much less accented. He could almost fit into some of that 90s US emopunk – listen out for “It’s two in the morning” on “Sunday Club” and tell me that couldn’t be pulled straight out of a song by The Starting Line.

I love it when they harmonise, like the backing lines on “Tampa Bay“, although I’d love to hear them both on full whack at the same time, both Shaun and Jamie screaming it out a bit in some kinda of raw clashing collaborative whatever. There are hints of it here, but I’d enjoy a bit more.

Now, don’t get me wrong here. This is a ridiculously depressing record. It’s not a happy album. At best its downhearted, and worst its near suicidal; but then that’s to be expected, since it covers some extremely grown up topics. Yet, I dunno. I can’t help finding nuggets of hope in here. A sort of “Things are trash now, but let’s push on” attitude. 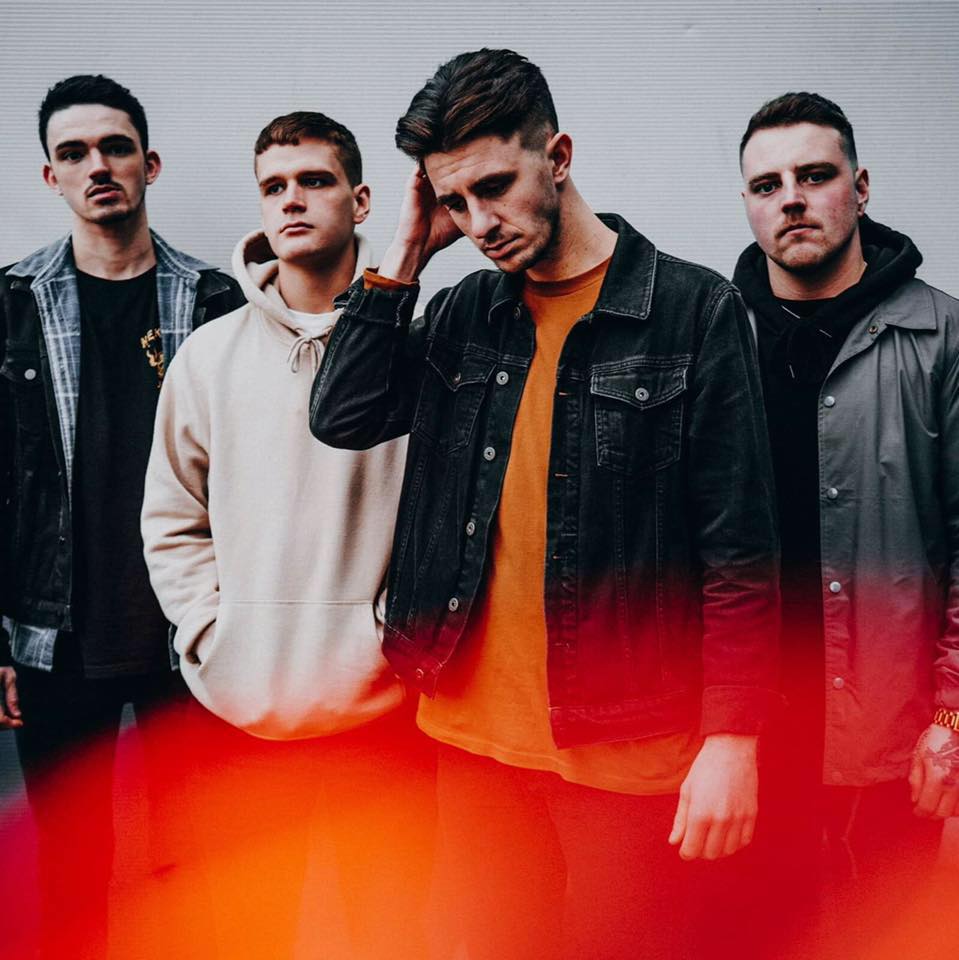 Side B – for those of us rocking the vinyl because we are the true spirit of middle class rock n roll – kicks off with “&“, basically an instrumental intro track. I’m always happy to have a bit of time to just appreciate the music without the forced direction of lyrics, and its like the band taking a deep breath before an emotive end to the release. It leads into “Subbuteo“, in my opinion the single off this album. Its a banger of a tune, decent riffs, great harmonies, and a catchy chorus. Love it. Even being about the loss of a friend to drugs, its a little more upbeat than the rest of the tracks that follow. Which is saying something. The B side of this record is all about time passing and death; things get emotional, kids.

The final three tracks, “Kit“, “91” and “Through Love & Death” cover suicide, death of friends, death of parents. Its devastating stuff, but in truth? Its refreshing. Not many bands go this deep into truly unpacking the reality of this stuff. But it is real. We all know people who’ve died. My mate Ashley died from bone cancer when we were all 17. Listening to these guys reminds me of that time, of the emotions we were going through as a friendship group. When Dude Trips call out “It’s killing me, they’ll never see you growing old“, its a moment of reflection on our need to mourn. The need to remember, raise a glass, joke, cry, whatever. It’s interesting to me that the final song has this shouted vocal line of “I believe in heaven!“; Ashley’s death played a significant role in my own walk to faith. I guess the big moments in life are times for big questions, and maybe big answers too.

The final track, “Through Love & Death” is what the whole album is leading to. Not surprisingly – its the title track after all – but when Shaun roars out “You’re all I have left” before the penultimate chorus, you realise that the entirety of the last half an hour was building to this moment.

And then its over. And you feel a bit exhausted. Definitely don’t want to listen to it again straight away. I need a moment to rest, to recharge. But then not every album is a poppy fun-fest. Sometimes there’s a rich story to be told, and that’s equally valid. Probably more so. You should buy this album. Do it for yourself. Do it for the losses you’ve had, and the losses we have to come.

You can buy Through Love & Death, You’re All I Have Left at all good indie record stores.
Or even better, grab it direct from Side Mission Records, and from Dude Trips webstore.
Check out Dude Trips on facebook – and on tour over the next few months. Good stuff.