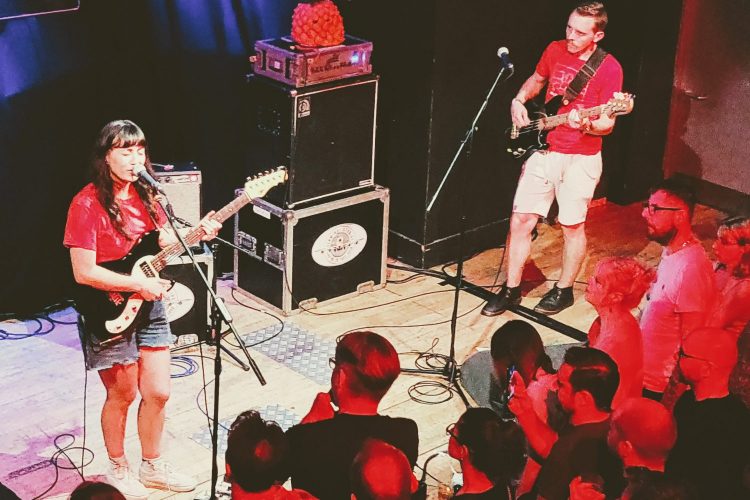 I’ve been excited about seeing the Beths for about 6 months now, ever since listening to them on a whim on bandcamp and getting hooked. Having missed them earlier this year, it was with a bubbling joy I dragged my lovely wife off to see them at Manchester’s Band on the Wall. We had some Jamaican chocolate dumplings first in Pull Up Cafe, obviously, then headed into the venue… 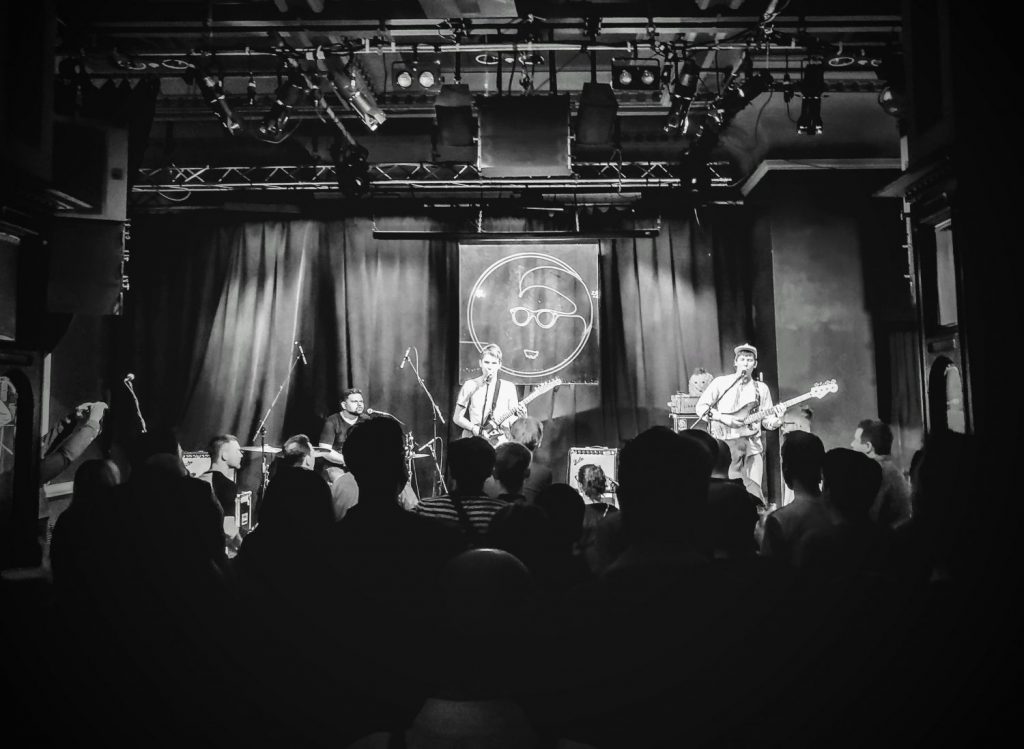 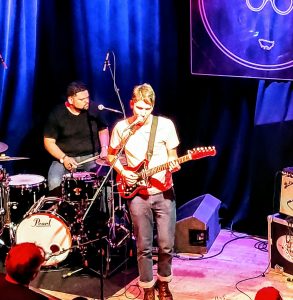 The support act were the immemorably named Hans Pucket. They are the self proclaimed “best band in New Zealand”, although that might have been a bit tongue in cheek. Really they are pretty hilariously mild in their stage banter. If you have a stereotype in your head of how nice and polite some blokes from New Zealand would be on tour, they fit it. 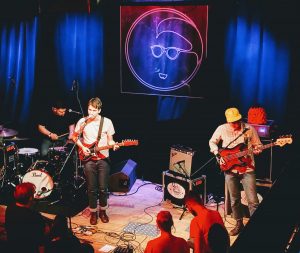 Their music is pretty solid though. Vocals are a bit Jets to Brazilesque, but with some much more complex layered guitar-heavy full band stuff. To be honest, I didn’t love their recorded stuff, but live you realise it’s all just a build up to these stormin’ instrumental flailings. Really good.

Plus, no idea what make it is, but that guitar is a beaut. Edit: it’s a Burns! Amazing, always wanted one of them. 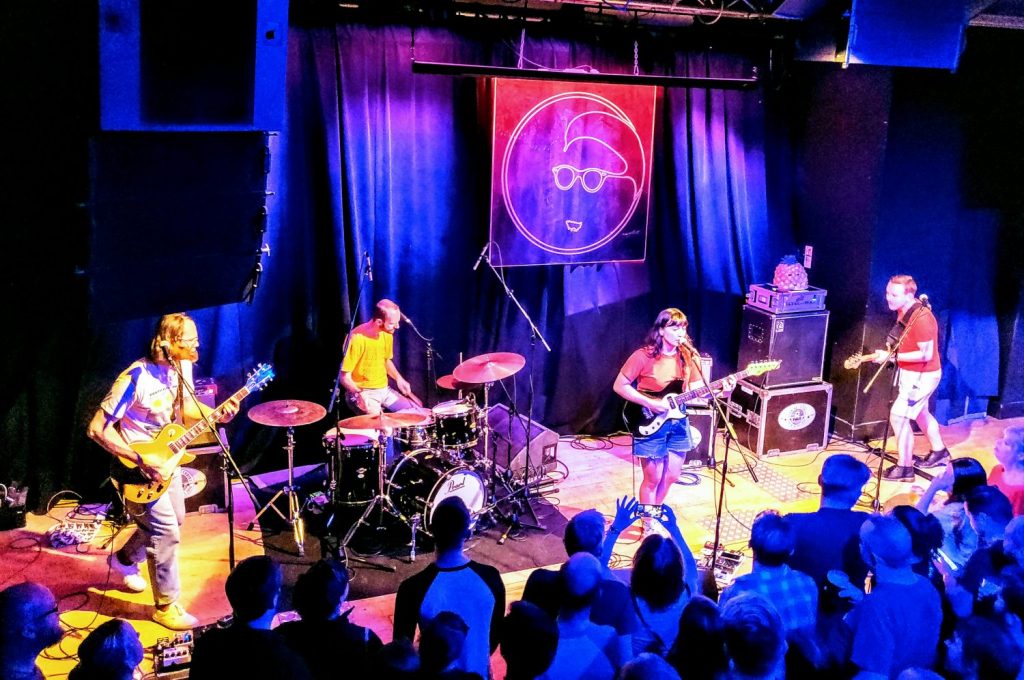 Well. Did they live up to the hype in my quite easily-hyped brain? Yes. The Beths were fantastic. 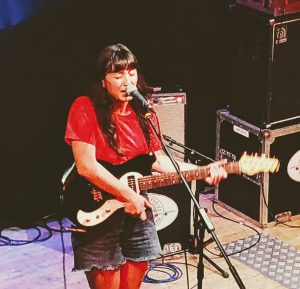 The beauty of catching onto a band in their “first album” years is that you know they’ll play all your favourite songs. And they did. They came out to “Future Me Hates Me”, then did a bundle, “Less Than Thou”, “River Run” (my favourite), plus a couple of older numbers off their first EP.

Their stage chat was beautifully understated. Kinda sweet too. “Our van is called Van Diesel. Don’t clap, please. Although it does take diesel”. They played a new song, with the shouted chorus of “Don’t go away!”, introducing it by saying “This one will be on our new album, which is so far away it’s not even worth bringing up yet”. They dealt with requests for their Christmas song in slightly nonplussed, matter-of-fact way – “But it’s not Christmas”, whilst also seeming charmingly surprised by how much passion was been thrown at them by the crowd.

Now, as you know, I’m into my ska punk, not really my fuzzy friendly pop rock, but there was something nice about not needing my ear protection. The shameful and near-total lack of dancing was ridiculous though, these guys deserve a room of flailing limbs!

It was also the first time I’ve seen a band with three male backup singers singing “oohs”, which might sound a bit weedy, but was just kinda great. The backing vocals were really powerful live, bit more space for them to breath in a venue than on my headphones. 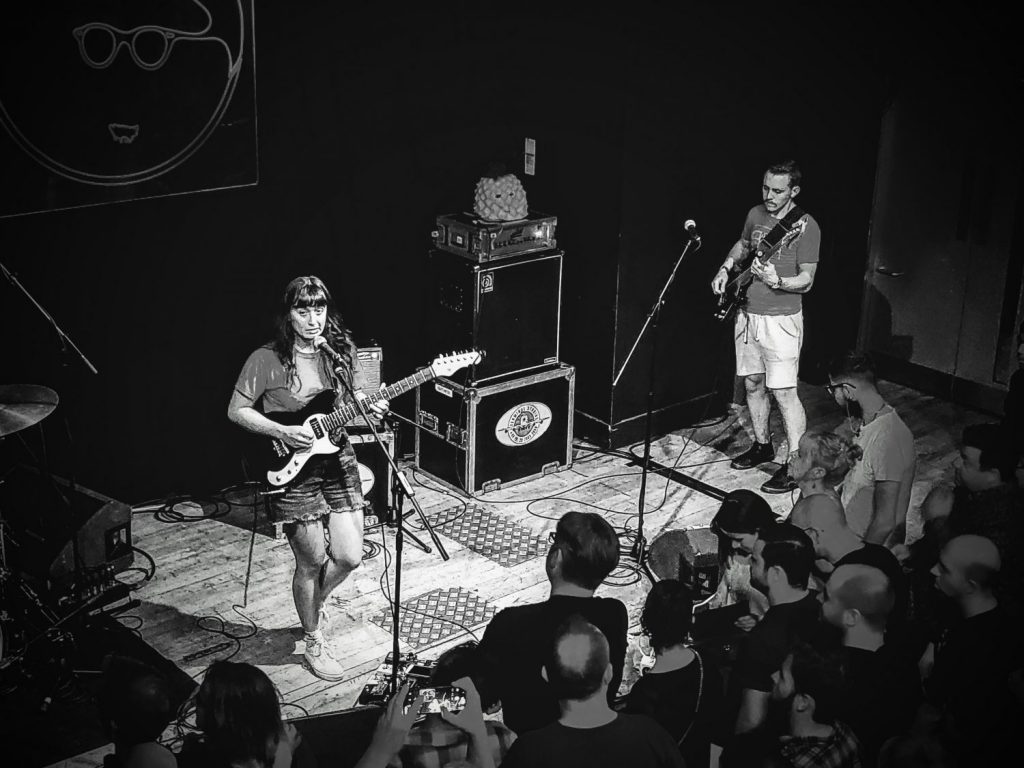 Their guitar tone is perfect, like someone gently sawing up honey with a bread knife. Don’t think I’ve heard a sound character quite like it since that one Zwan album fifteen years ago. The sound levels were just right too, the life blood of any decent gig. 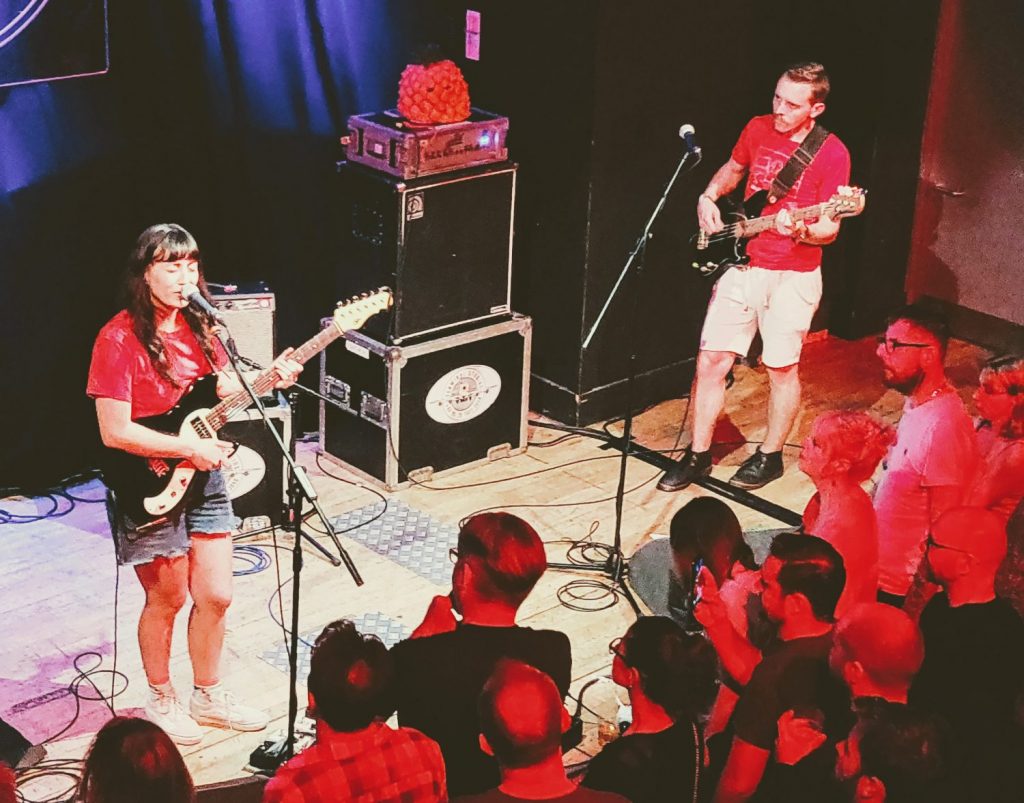 Unfortunately, the night couldn’t last for ever. They came on for an encore, playing a Death Cab For Cutie cover, despite repeated calls for more seasonal fare – “It’s Christmas In New Zealand!” Then they finished the night with a final hurrah of “Little Death”. And I went home. But we listened to the Beths in the car on the way back, and that was great too!

I’ll leave you with some eloquently crafted lyrics:

You say my name
My balance takes a little rest
My conscience hung under duress
My twitching fingers do their best
To keep their wandering selves in check
My mind it finds a new address
This life is cursed, you’re heaven blessed
This human god, this honoured guest
Filling up the emptiness
My legs support a little less
My tongue becomes a little mess
My lips are longing to confess
But I’ll never tell, you’ll never guess
My lungs they catch on every breath
My heart beats harder at the cage
Inside my chest
And I die, I die a little death…