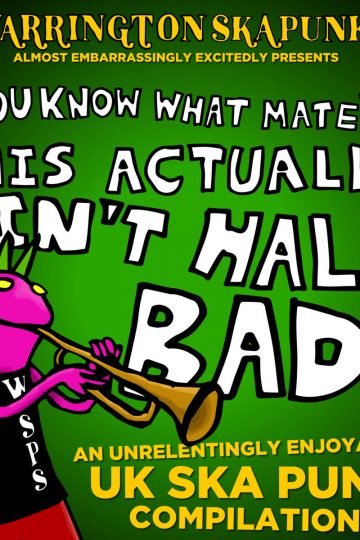 “You Know What Mate? This Actually Ain’t Half Bad!”

We got our mate to review our compilation album. He liked it, apparently...

When I heard about the recent Warrington Ska Punk Show, and listened to a few of the acts that had been announced, I was genuinely gutted that I couldn’t attend. Having lost touch with the ‘local music scene’ somewhat over the years, I have to admit that I had never heard of any of the bands. But… a quick listen to Millie Manders & The Shutup, The Siknotes and Broken 3 Ways makes me regret that!

It also reminded me that in a genre heavily dominated by American bands that we have so many great bands in the UK. I mean, there’s at least 20 – all of which feature on the compilation produced by the same monkeys behind the WarringtonSkaPunk.co.uk : “You Know What Mate? This Actually Ain’t Half Bad!”.