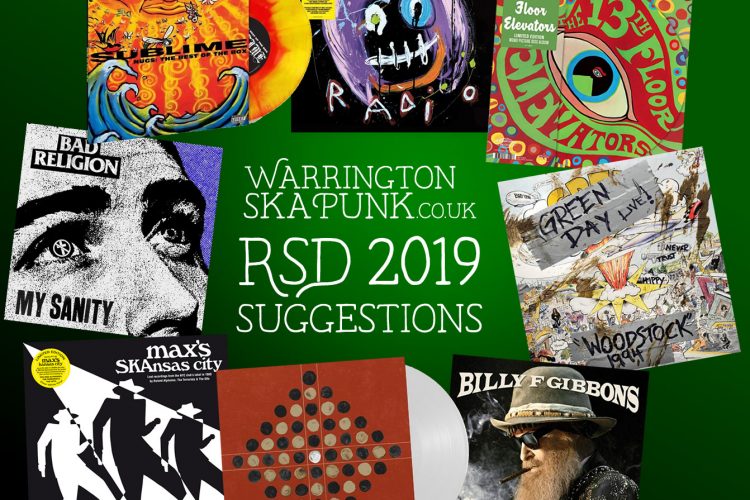 This article is part two of three. The first talks about why I don’t love Record Store Day. This one talks about the best of the Official RSD 2019 releases. And the final one bigs up some cool independent ska and punk releases you can also get this month…

Not much UK Ska Punk…

As I mentioned in my previous article, there’s a bit of a gap in the releases available for Record Store Day 2019, at least for lovers of UK Ska & Punk.

I’ve been back and forth through the catalogue a few times, looking up prices, and exhaustively listening to bits and pieces on bandcamp and youtube, in order to present you with the records I’m thinking about this year.

Don’t get me wrong, many of these aren’t amazing value, or the perfect album, but that said, they will be fun things to pick up on Saturday 13th…

Sublime – NUGS: Best of the Box 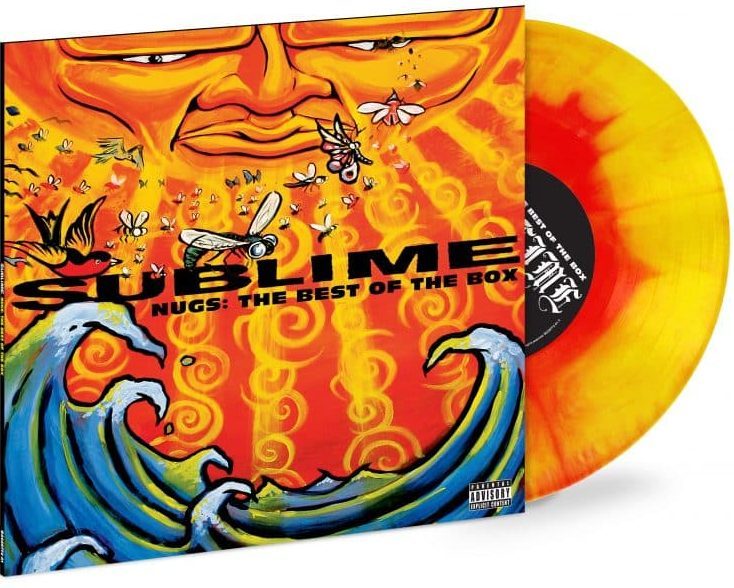 There’s a real piece of my heart reserved for Sublime. They really made lo-fi acoustic ska in a way no-one else did. Just listen to the Bradley Nowell & Friends album – it just sounds like such a good time. I love how you can literally hear background chatter going on, people having fun and rocking out.

So this NUGS: Best of the Box release makes me feel hopeful: if anyone can pull off an album of best of/unreleased material, it was probably Sublime. 16 tracks for £23, is also pretty great value, compared to much of this list, anyway! And that sunburst vinyl screams “chilled out sunny day ska”. 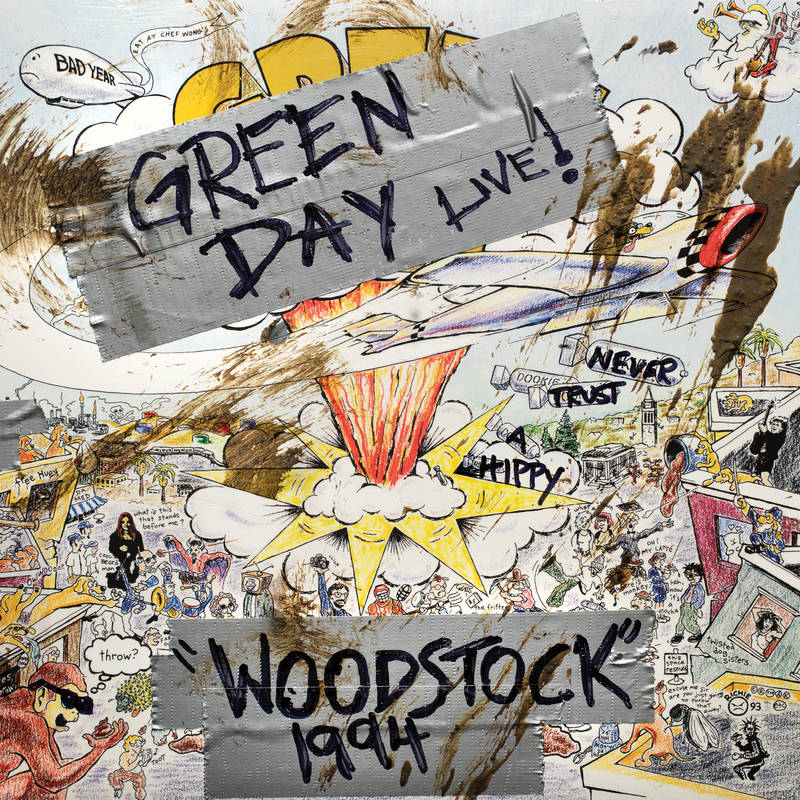 Yeh yeh, its Green Day. I know. They basically haven’t done anything decent since 1995. Which is why its great news that this album is a live performance right from the middle of their Dookie period.

I like the artwork, a take on that classic cover, probably one of the most iconic ever, at least in pop punk circles. Although this made me realise that maybe I just want to get Dookie on vinyl. And then I realised you can get that as a picture disc… so maybe get that instead? If you go for this, then £17.99 is not a horrendous price, either. 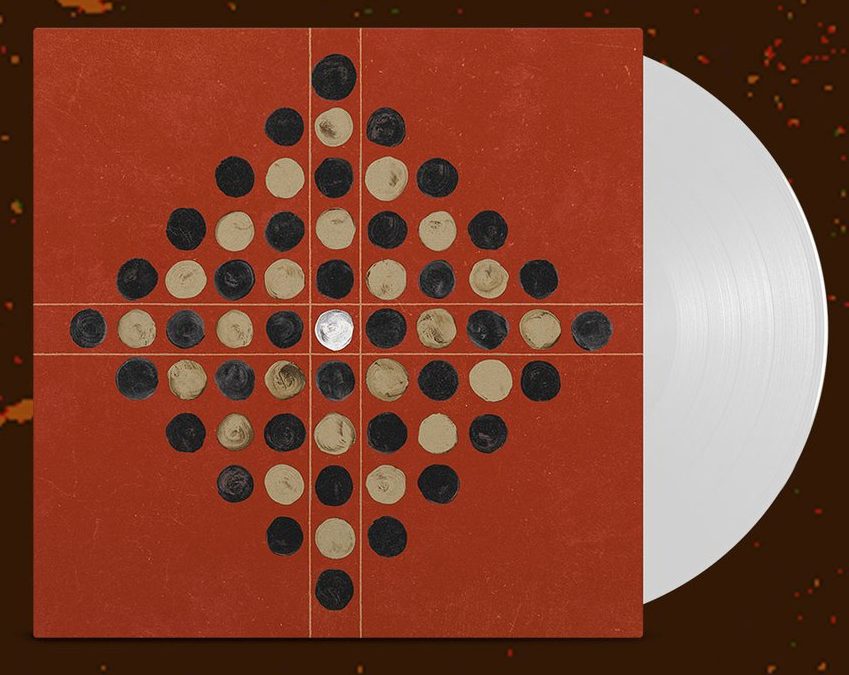 A slab of quality hardcore, I suspect. Although they are renowned for being much more varied than a lot of bands… I’ll be honest, I’ve never loved Thrice as much as I thought I should. I have put a lot of hours into Dustin Kensrue‘s solo stuff though, and I always appreciate a good bit of rage, which they tend to have in buckets.

From a vinyl loving perspective, this is an interesting one. 4 tracks on a 12 inch in white, with an etching on the B side. Would I have preferred another 4 songs? Yes. But I’ll take an etching. Around £15 is a bit steep, but there are only 250 being released. So, commercial nonsense, sure, but you know, welcome to life. 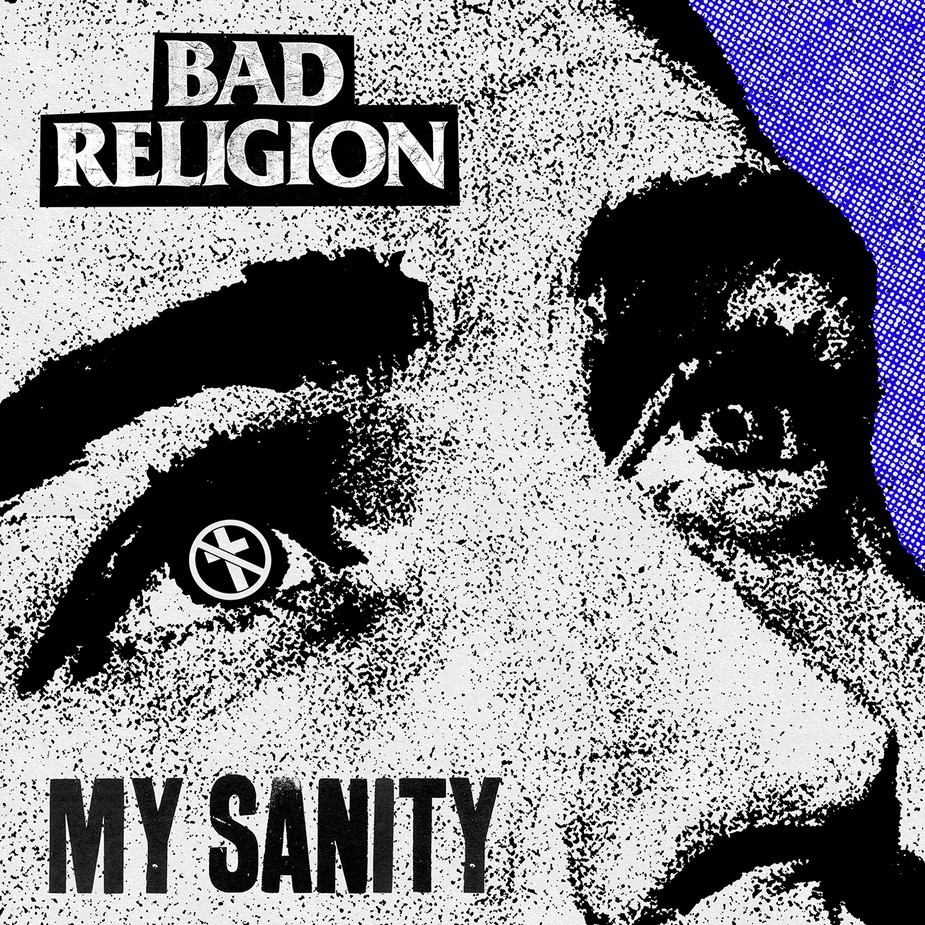 This is the only 7 inch I’ve even considered for this list. At £11 its terrible value, but at least its not £17 which is what the Specials are asking for theirs. Even then, I suspect I won’t buy it, but I’ll wrestle with the idea whilst I’m sat in the queue.

Some people don’t love Bad Religion. I’ve not heard anything much new of theirs since the amazing The Empire Strikes First, so I could see myself taking a punt on this, just out of interest. Because I apparently just like throwing money away.

Edit: just realised I listen to the beautifully tongue in cheek Christmas Songs about 20 times every year, but that doesn’t really count… 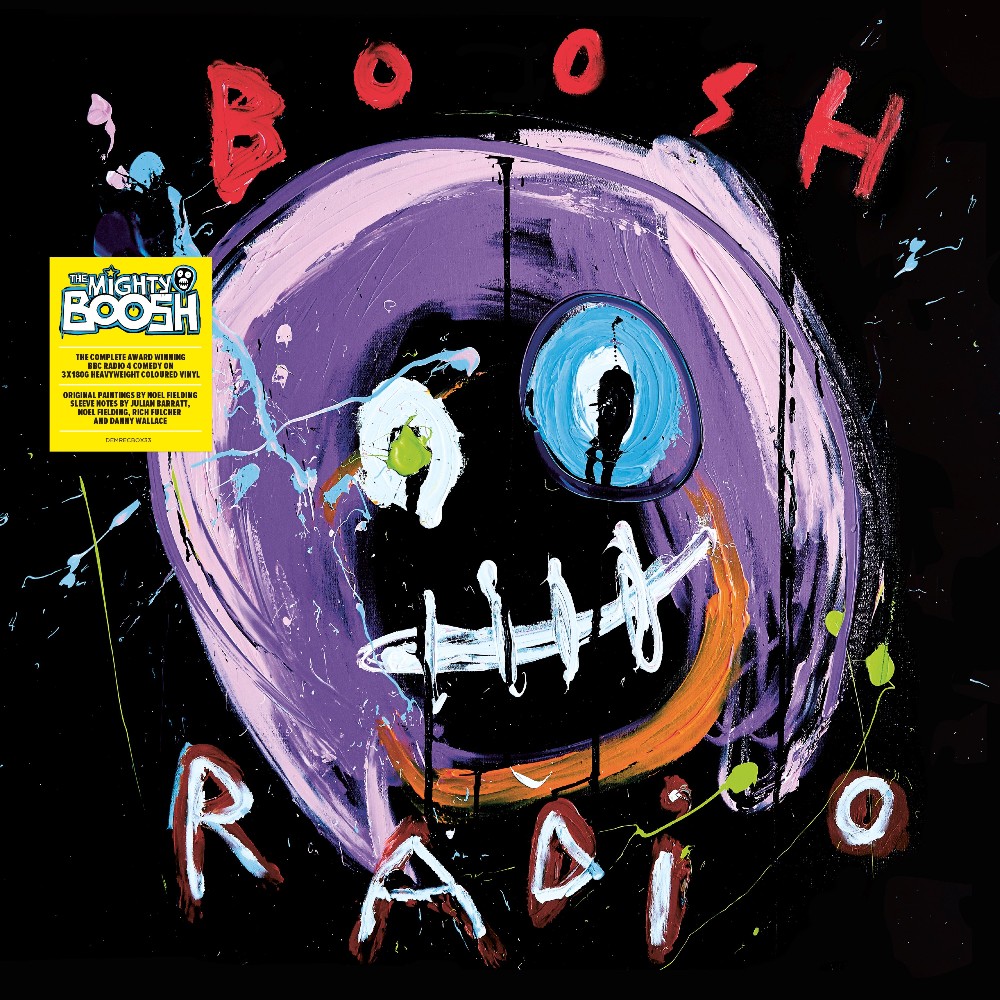 If you don’t like the Mighty Boosh, you are a bad person. Let’s just face up to that now. If you don’t think they are utter, heads-screwed-on-wrong geniuses, then we can’t be friends.

This is a totally unnecessary £36 triple LP of the Mighty Boosh radio series. No one needs this. Of course I’m buying it. This is the single item I am most excited about. I may literally cry if there isn’t one in the store when I get there.

Edit: Apparently these guys are the “official” representatives for RSD 2019. Fine. I wanted this before I knew that, so I’m still cool. This is the only thing close to a Trad Ska release I’ve got on here. I can give or take two tone usually, and I’m not that into full on reggae. This album appeals though. Its a bit underground, with some “before they were famous” stuff from the Skatalites saxophonist, and the Terrorists. I even like the slightly rubbish pun of a title.

I listened to a bit online, and there was a decent chunk of that proper offbeat rhythm virtuoso brass section stuff. I like that, you know? Nothing wrong with showing off some proper instrumental skills. Plus its not badly priced, with 3 bands and 15 tracks for £18. 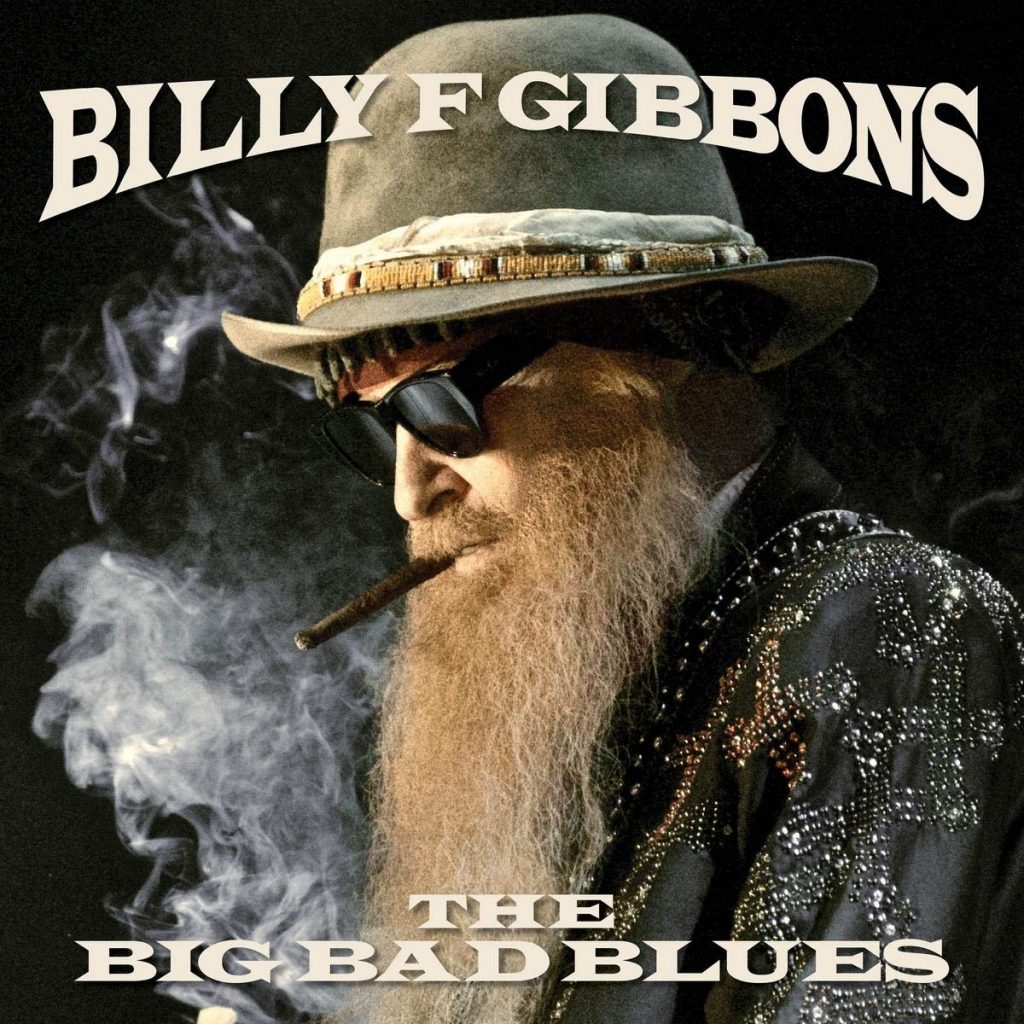 My mate Dougle just described Billy F Gibbons as “For guitarists that know the difference”. I’ve only listened to a few snippets of this, and immediately I’m on board. Its proper “I don’t care” rock and blues.

I don’t imagine its actually particularly exclusive to RSD, but oh well. It’s also something stupid like £27, which is rubbish value, but still less of a rip off than £75 for 5 Arethra Franklin 7 inches! I probably won’t buy it, and then I’ll end up a bit disappointed that I didn’t. 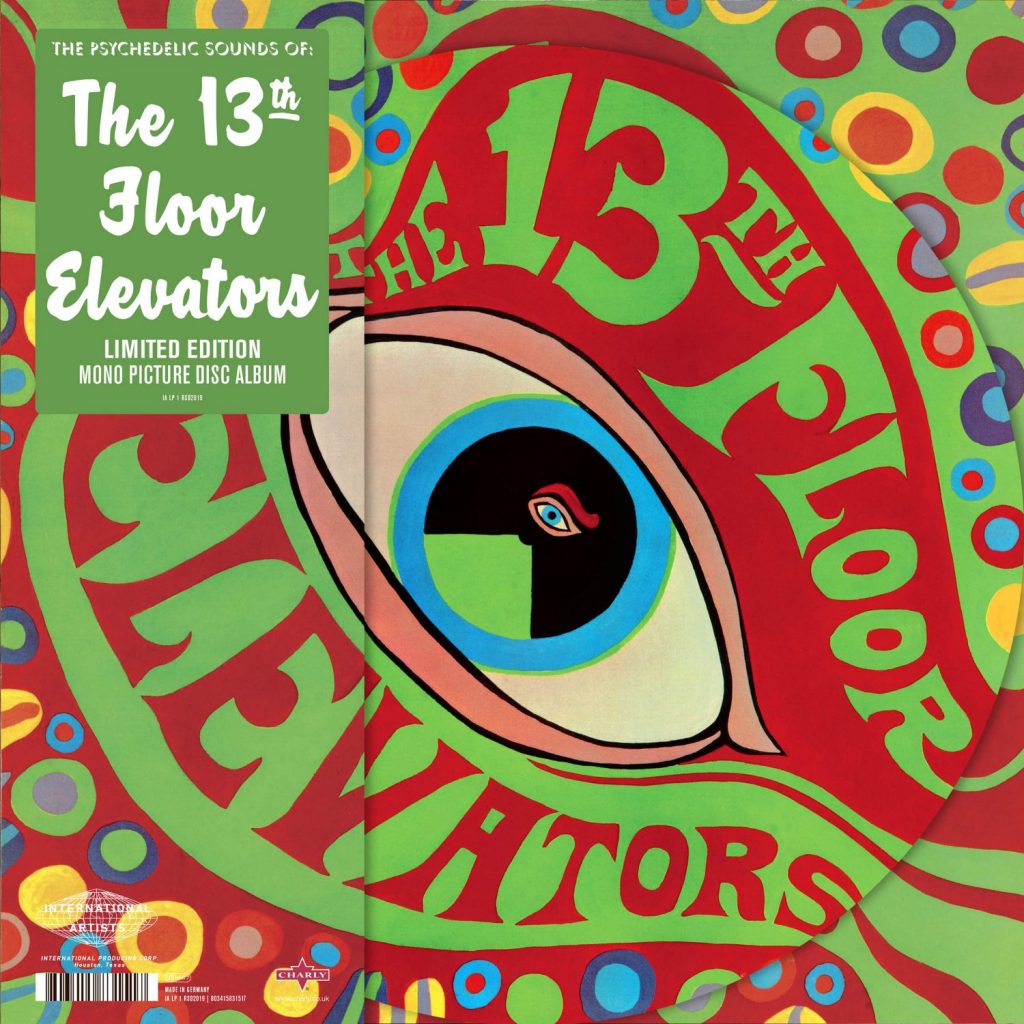 It’s not punk. Its not ska. Nowhere near. But it is proper authentic 60s psychedelic rock. The kind of band ended up the Beatles wanted to be, but I never thought they actually pulled it off. 13th Floor Elevator are the real thing.

I’ve never really heard of them, but 30 seconds of one track, and I want to drive around the Mystery Incorporated van and buy a pair of flares. Well, I don’t, but it does sound kinda cool. And it looks flipping amazing. Its a picture disc, of some of the most iconic album covers ever! And for that, £24 sounds not too bad really. No. But, you know, there’s an option, if you want to empty your wallet for the experience of being kinda cool.

There we go, so my best suggestions for buying overly expensive stuff you could just listen to on youtube for free! Read my article on why Record Store Day is a bit sucky, and find out some proper independent suggestions for your vinyl desires in the next article…