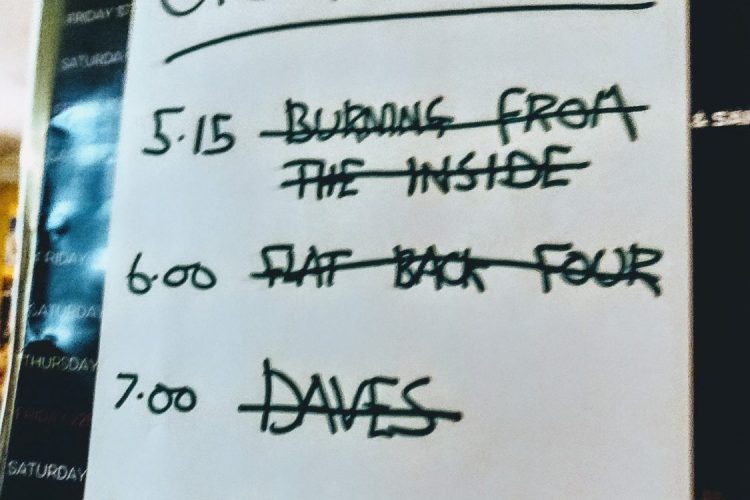 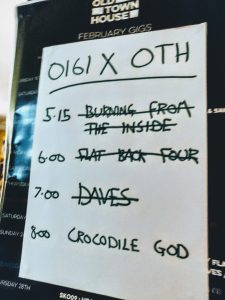 I hit up the 0161 + Old Town house Matinee show on the 24th February. Given that I was there, didn’t hurt to take a few pics and try a stab at a wee review…

Burning from the Inside

First up were Burning From The Inside with a bit of solid UK 80s tinged punk. Shouty vocals with a reliable 4 chord setup behind it. Most songs had a break with noisy gritty little guitar solo somewhere in there.

Decent enough, not exactly my cup of tea, bit more UK Subs than Buzzcocks. My favourite bit may well have been the guitar on the absolute knife edge of feedback every moment they stopped playing.

Flat Back Four up next. These guys play a friendly bucket of melodic punk, the kind of thing I listen to on repeat. “Will you miss me when I’m gone?” reminded me of a sort of grown up Captain Everything. 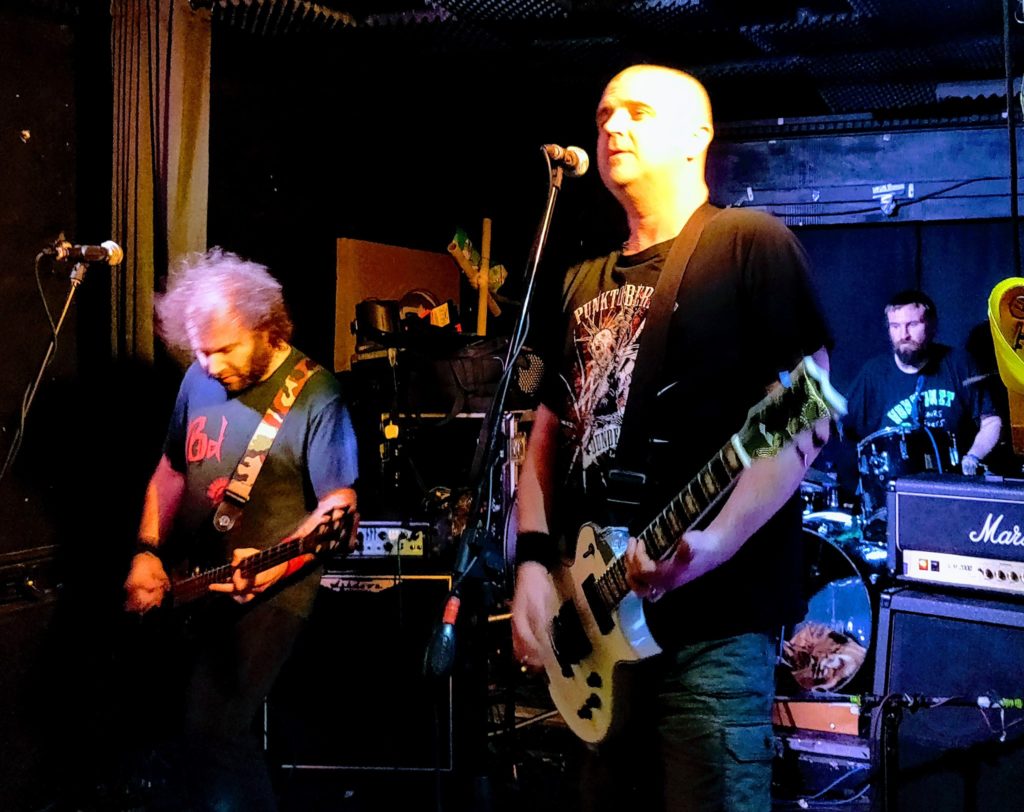 Great breakdowns with some frenetic bass playing. Pretty sure I saw their bassist rocking some bass chords at points, not to mention some lighting speed finger tapping. Given some of the crazy bends I saw him pulling, he’d probably fit a whammy bar on his 4string if that was an option.

“Got Got NOT GOT!” was a great chorus. Very enjoyable to watch. Picked up their CD, which has a song called “Put the kettle on Baldrick”, and a decent stab at the Blackadder theme tune. Solid. 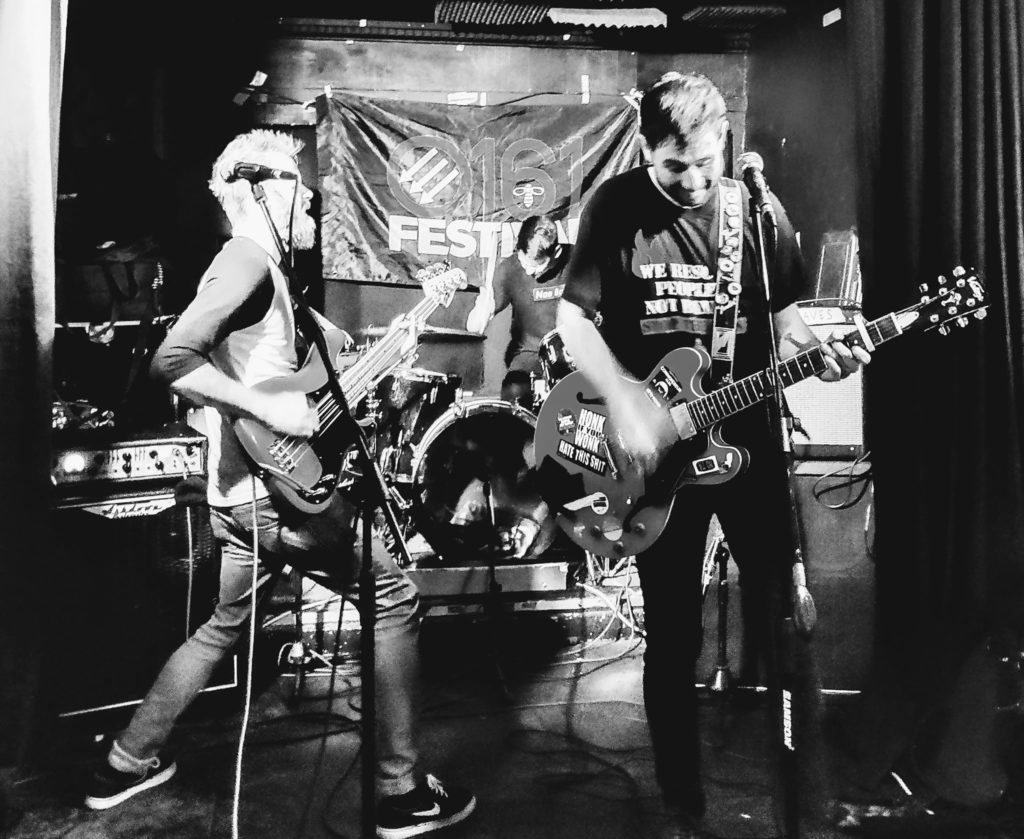 I just love DAVES. They really understand the magic of *not* playing. It’s the crashing change from nearly acapella rage to emphatic distorted fury that makes it.

Band of the night for me, both times I’ve seen them. If you like your punk almost clinically cut-down and driven by a huge amount of heart in the vocals, check out Daves. Plus they do their own coffee as merch. Band coffee. Yes! 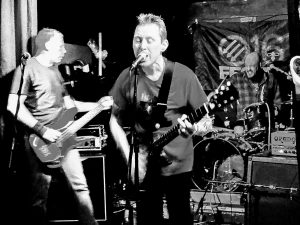 Finishing off the afternoon/evening(?) were Crocodile God. Me and Dougle had an debate about whether or not they sound vaguely American or not. I think they do, and I’m right. Plus he did agree they sound a bit like a heavier, looser, Northern early 90s Green Day. Which is a terrible, meaningless description, but also about right.

The drums were intense and their drummer was absolutely loving it too! A final thought as voiced by the man with the amazing moustache himself: “Punk isn’t aggressive, it’s just what energy looks like.” At least we care about stuff, right? #antiapathy

A good end to a good night. Ain’t nothing wrong with being in bed by 9:30!