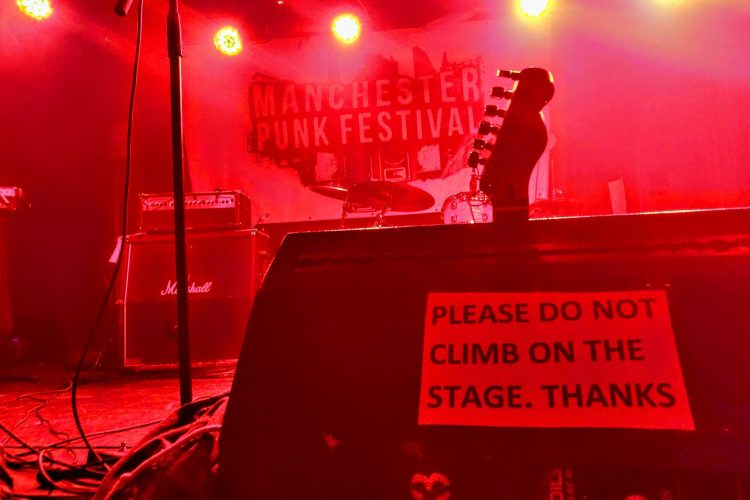 Manchester Punk Festival is a vast, enthralling beast. With over 130 bands, over three days, its a thing of majesty, to the point of being potentially a bit overwhelming. Plus I was too scared to ask my wife for permission to go – I’ve been out a lot recently! So sadly, this year, I can’t make it.

However, when I heard there was a cheeky little warm up gig, starring none other than my-possibly-favourite-band JB Conspiracy, I got all excited like.

Before the gig we had veggie pizza, loads of chips, and nearly too much chilli sauce. Sadly missed the first band, Layman’s Terms which makes us bad people, but we got chips so, you know, #yolo and all that. Everyone said they were pretty brilliant too, which is a bummer. That said, you’ve had chips before right? Probably worth it. 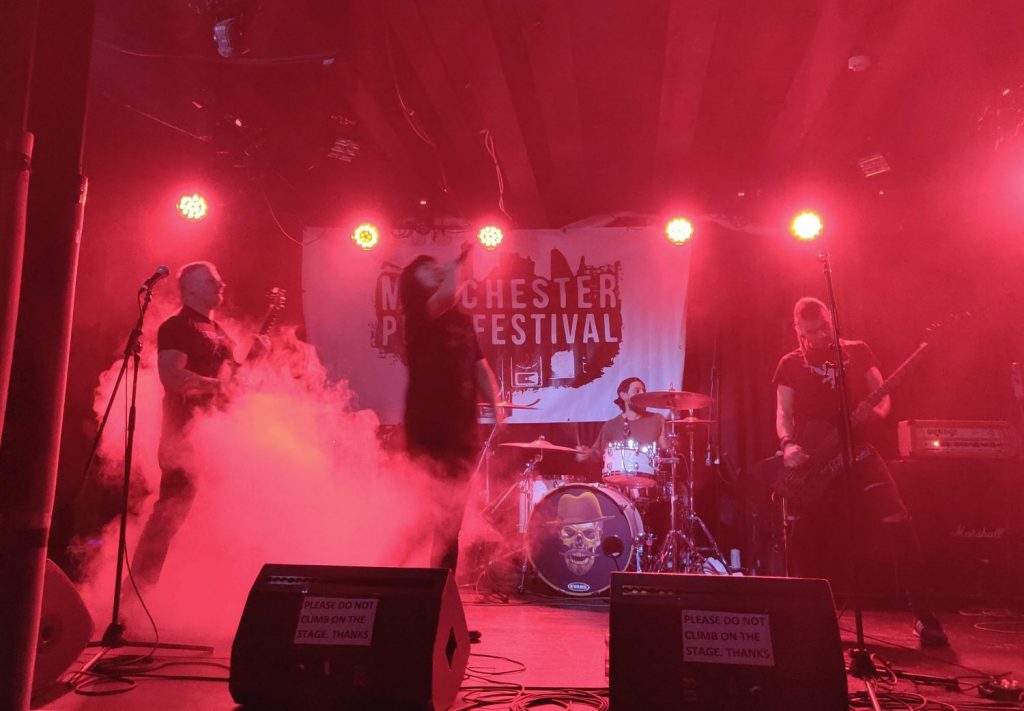 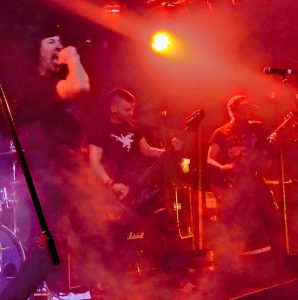 First up were the somewhat heavyweight Arboricidio, playing a sort of “Crusty Stoner Metal Doom Punk”, as my mate Gazz described it. I turned to him at one point and said “This song would be a lot better with a reggae breakdown”, and he accused me of being a one track record. 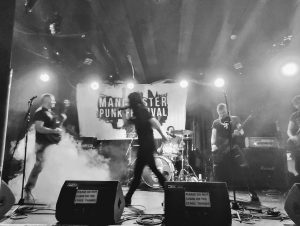 Not sure about the name, something to do with trees and murder, if my dodgy latin holds up? Given they were booked by none other than the man referred to by everyone as “Tree” from MPF, a potentially dangerous choice! Overall a bit more dirgey and screamy than my usual diet of cheerful trumpet punk. My favourite part was probably the bassist’s rather tasty Thunderbird, which makes me shallow, but blimey was it pretty. 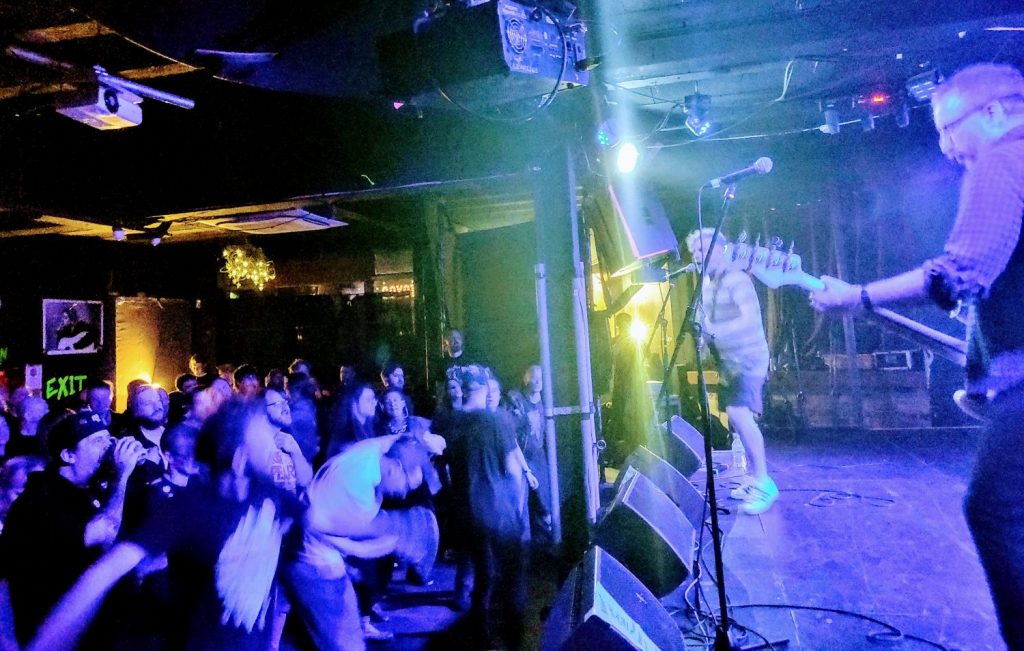 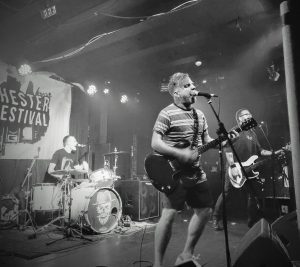 Next to roll onto the stage were the Down and Outs. Immediately they reminded me a bit of the old Exeter-based band Annalise (who you should totally check out if you like slightly scruffy british emopunk). Imagine if one guys from Descendents, one from the Ramones and one from Bouncing Souls grew up in Bootle or as Will from Hummer described them – “they sound a bit like Hummer,  but way more Scouse”. 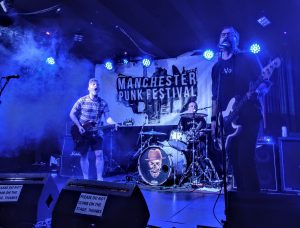 Some very fast and catchy guitar lines, nothing too complex. There were a few beautiful heavy-in-the-mix melodic bass lines that I really enjoyed. “I Don’t Wanna Be Here Any More!” is an absolute corker of a song. Loved their set, and would have entirely purchased both their LPs if I hadn’t definitely bought far, far, far too many this year. 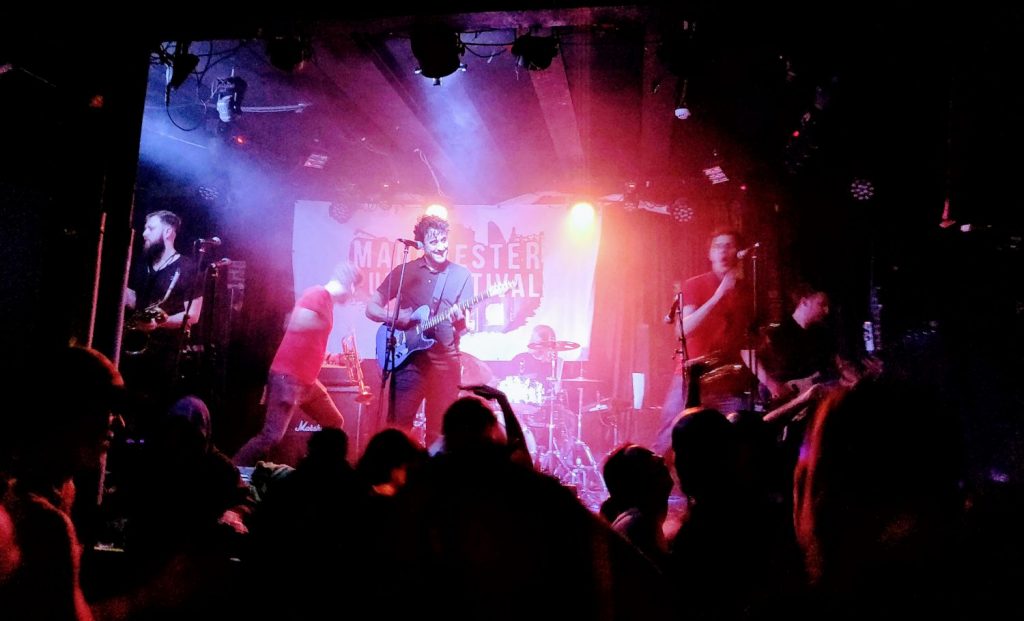 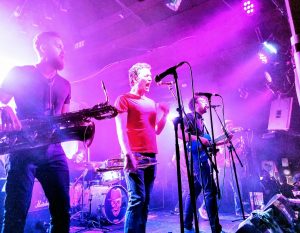 Heralded by some kind of dramatic, atmospheric intro song, these heroes of UK Ska Punk meandered onto the stage. Full of grins and good humour, The JB Conspiracy proceeded to absolutely belt out some top notch live renditions of their amazing material. Sound-wise, it was just as it should be; slightly rawer than their records, but a fair chunk more alive too. 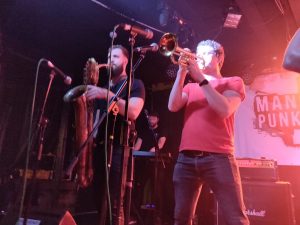 Their set was significantly more focused on their older material, with maybe 3 songs off The Storm, one unreleased new one, and then the rest sturdy favourites from the This Machine era. Either way, the crowd loved it, with loads of (slightly over aggressive) skanking, cheering, and a few failed attempts at body pyramids in the pit.

Now, according to last.fm, I’ve listened to The Storm album 113 times (and so should you, give it shout at bandcamp), so you definitely say I’m a fan. Its polished but edgy, with some unbelievably tight drops and breakdowns, laid down by a band who obviously know how to play scrappy punk too. So sure, I’d have liked a few more songs off that, especially “Whispers“, with its epic “When we all speak at once our voice will be heard!” chorus. But you gotta play what the crowd love, and they love the older stuff. That said, the singalong on “Drop Your Anchor” was the loudest of the night, even if all 150 of us went totally out of time, making Lank laugh at us. 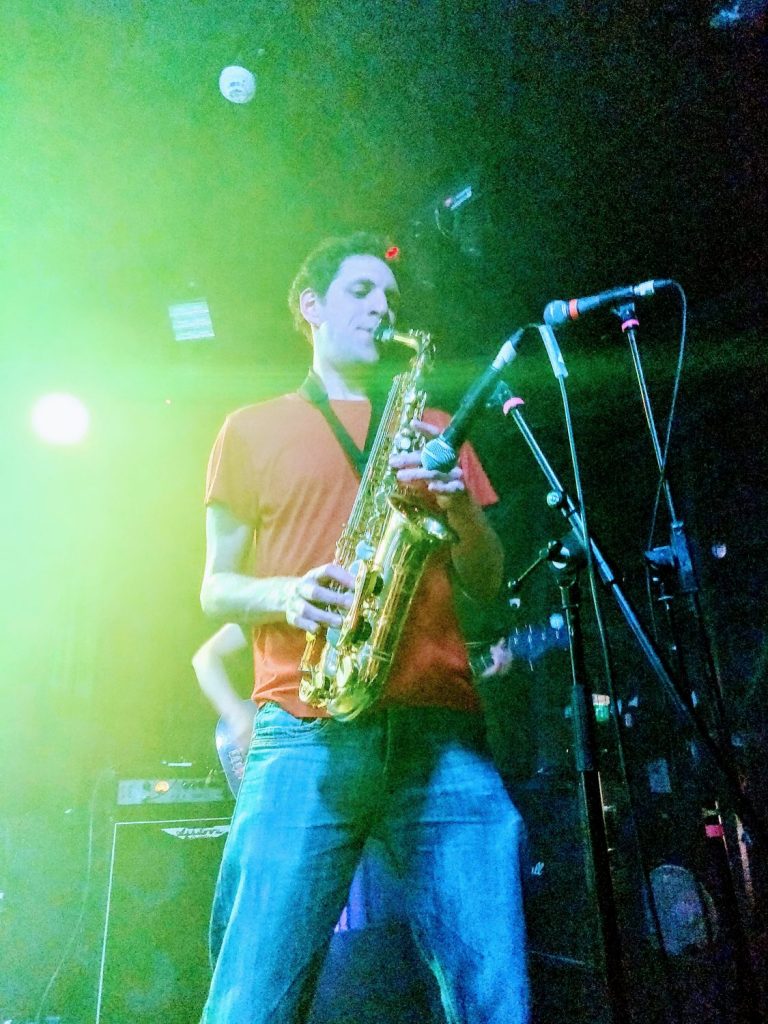 I usually find some appropriate lyrics to drop in here, but I checked out their closing song, “Time To Leave“, and like most of their stuff its sort of hope-tinged-misery – basically Brexit in music form – but I’ll chuck the final words in anyway:

Well, I didn’t break any limbs, but I can’t speak for some of the more insane people spinning around behind me in the crowd. All in all, I had a great time; I don’t think anyone in the room had anything to complain about. The horn section was on fire, vocals on that great line between crisp and dirty, and rhythm section feeding off each other beautifully – especially on the slower songs, when the room became a wobble-kneed skank-fest. Seriously CAN NOT WAIT to see them again! 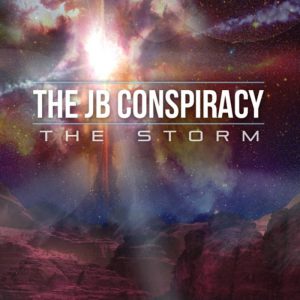 The JB Conspiracy are working on new material at the moment. I am unbelievably excited about that. Until then, hunt them down on facebook, grab their albums on bandcamp (especially The Storm, obvs), and find them live somewhere near you!