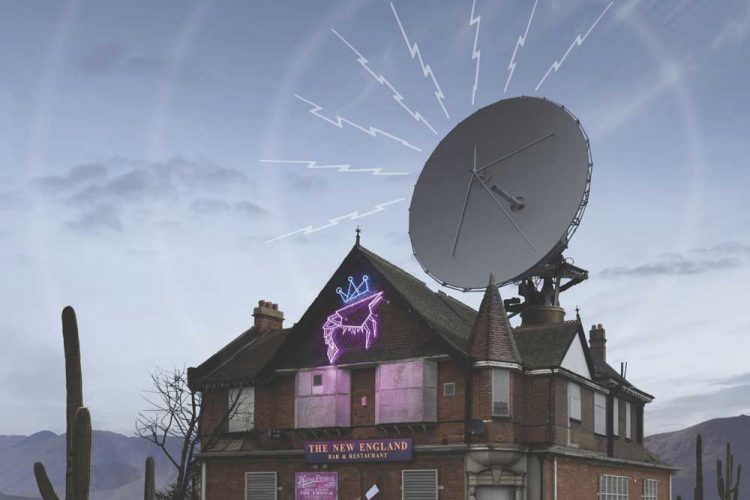 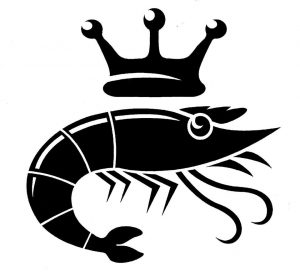 I pretty much missed King Prawn, first time around. I reckon I saw the tail end of their sets a few times in London. I remember thinking “woah, they are a bit too heavy for my tastes”. Looking back, that was blatantly dodgy venue levels, cos I’ve listened to their back catalogue a fair amount recently, and, well, it’s not exactly Pig Destroyer is it? But if you did prefer your ska-punk on the gentler end of the spectrum? That is definitely what you are getting with this album.

In fact, I’m not sure it’s really punk at all, more a ska-reggae-indie-hiphop-punk hybrid. Which is fine: ain’t nothing wrong with being eclectic. There’s a consistent almost “Arabian Nights” theme to the brass parts: songs like “No Harmony” and “Black Beads” would totally work wafting through the cold night of a desert. Some epic synth parts here and there too really add some atmospheric layers. 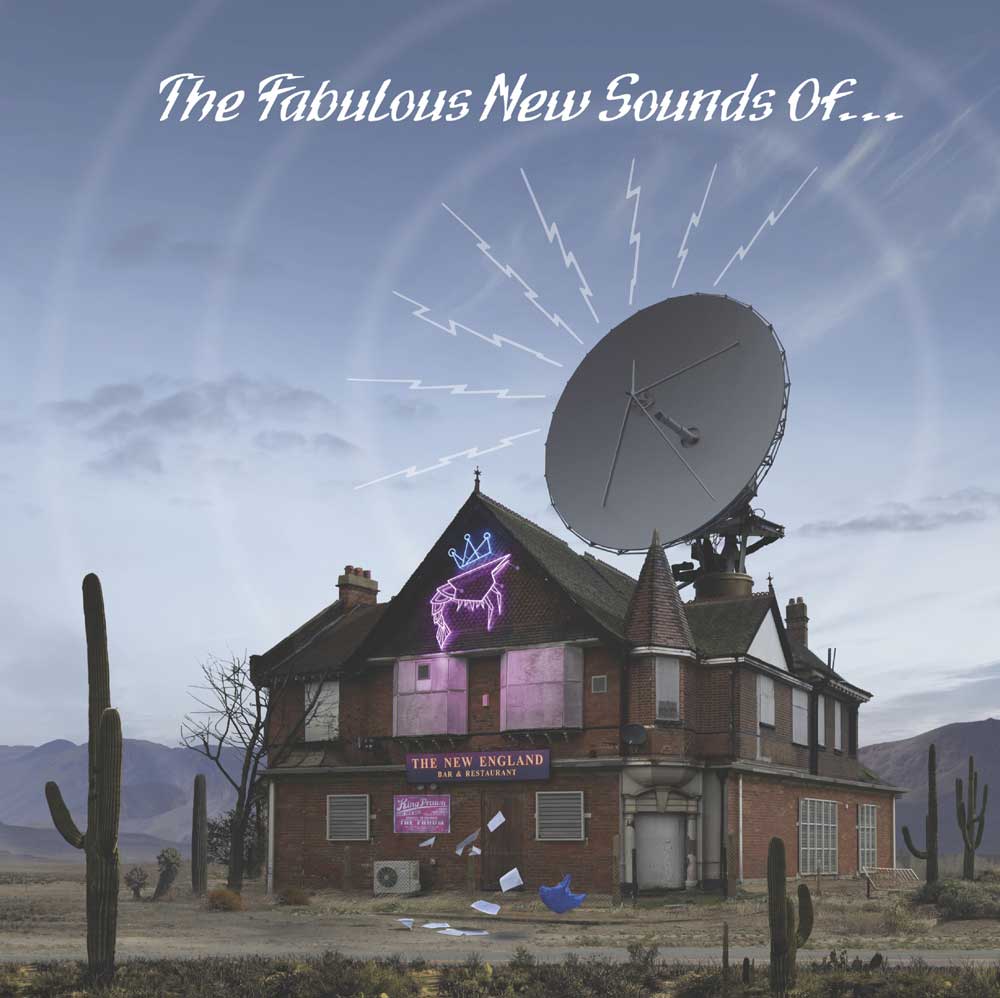 I found myself half recognising stuff. “Seven Seas” gives off a big Ordinary Boys vibe, and “Colonel Panic” brings me totally in mind of “Parklife” by Blur. “Build Up The Fire” screams “Get This Party Started” by Pink – once you hear it you won’t be able to unhear it! But… notice how those are all decidedly not punk songs?

Not that there aren’t some gritty bits to the album. The vocals throughout are pretty rough round the edges, in a raw-but-in-tune way, when they aren’t massively dipped in delay, anyway. Some songs, like “Numeration Dub” and “Worse for Wear” are put together in a way that could almost have been late Capdown or Popes of Chillitown, if they were a bit heavier, anyway.

“Celebrate the day if you can’t win the war,
Better hope you don’t get what you’re asking for.
Transgress the borders, set the captives free –
When your hands are tied, find a new way to see!”

Maybe, in trying to “transgress the borders” here in “Seven Seas“, they’ve done something really original and special, but I’ll be honest; it just doesn’t quite land for me. It’s not a terrible release: it’s super capable, much better produced than most of their earlier stuff. Maybe I just don’t get what King Prawn are doing here? My bad.

It’s just, you know, I’m crazy about ska-punk. And I spent a week listening to this album, until I didn’t. Because I’d kind of… had enough?

I reckon I know what’s missing though. Because I’m listening to “No Harmony” as I write this, and I’m like, “it’s just not that great”. And then I think “I reckon it’d be stormin’ live though!”.

Punk is all about the energy. Not the skill, not the polish, not the production; it’s the adrenaline. This album seems to have had some of that left out. But I bet if you catch these songs on stage? Well I suspect you might be in for a treat. There would certainly be some great skanking on tracks like “Level Up“, and I suspect half the album will end up faster and angrier when they belt it out to a crowd. (Incidentally, catch the video for Level Up below…)

But on my hifi, I’m not sure how well this album goes down. I gave it a break for a week, and still didn’t love it when I came back to it. The taste I got from reviewing the Done Days EP was probably more than enough for me. My mate who was raving about old KP listened the whole way through sat next to me and was pretty disappointed. Most damning of all, my 6 year old daughter listened to three songs, then stopped me, and said “Can we listen to Bedouin Soundclash instead?” 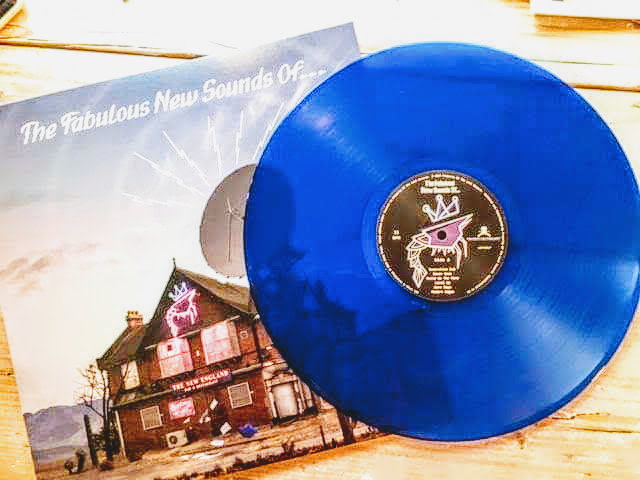 So… I dunno. It definitely comes on a crazy pretty electric blue vinyl (click the picture on the right for the sheer transparent polyvinyl glory…). And I reckon this music will be the fuel for some epic gigs in the next few months. And you are supporting some heroic legends of the UK ska-punk scene at the same time. King Prawn have paid their dues, no doubt.

Although, as The Fabulous Sounds Of draws to a close, with the cheery yet haunting goodbye whistle on “Black Beads”, I do wonder if the whole album would just work better in a very different setting. I don’t have the option of Saharan nomadic listening, but as the background to a laid back summer barbeque? Maybe I’ll give it a try in a few months?

You can buy The Fabulous New Sounds Of… at all good indie records stores!
Or even better, grab it direct from Property of the Lost, and on King Prawn’s bandcamp.
Check out King Prawn on facebook – and make sure you catch them at an upcoming highly-likely-be-amazing gig.