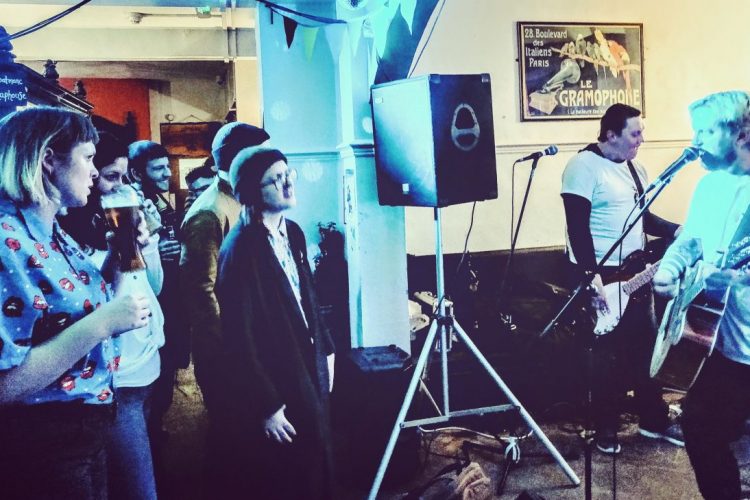 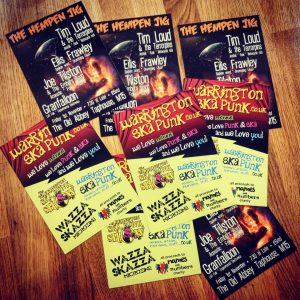 For this gig, Tim kindly decided to be flyer buddies with us here at WSP (proof on the right), so I wanted to write a few words about the show.

It’s just a quick one though, because, you know, life… Overall, it was a very enjoyable night – with some surprisingly great pizza from the Old Abbey Taphouse too, so check that out if you are ever in the area.

Anyway, on with the bands: 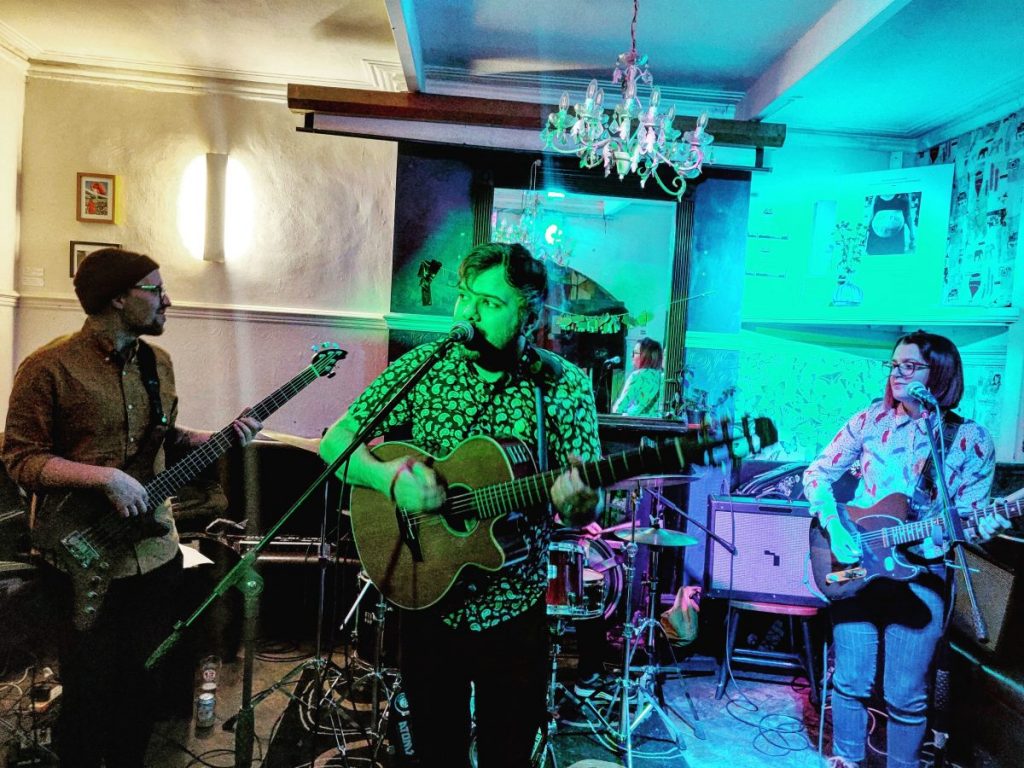 “Tick tock goes the clocks that we’re watching“. Coming out tonight I actually had no idea these guys were linked to UK Ska Punk heroes Random Hand – its a small world! Heartfelt is how I’d describe the music Joe rolled out here. The acoustic really thunders around, with pained vocals sat right on top. The layer of female voice adds an oblique flavour to it too.

Couldn’t be sure if there wasn’t the odd wrong note in some of the electric bits, but still there was a well-planned resonant crash between solo singing ‘n strumming guitar and the full band that really ticked the box for me. Great stuff, will be looking out for them in future. 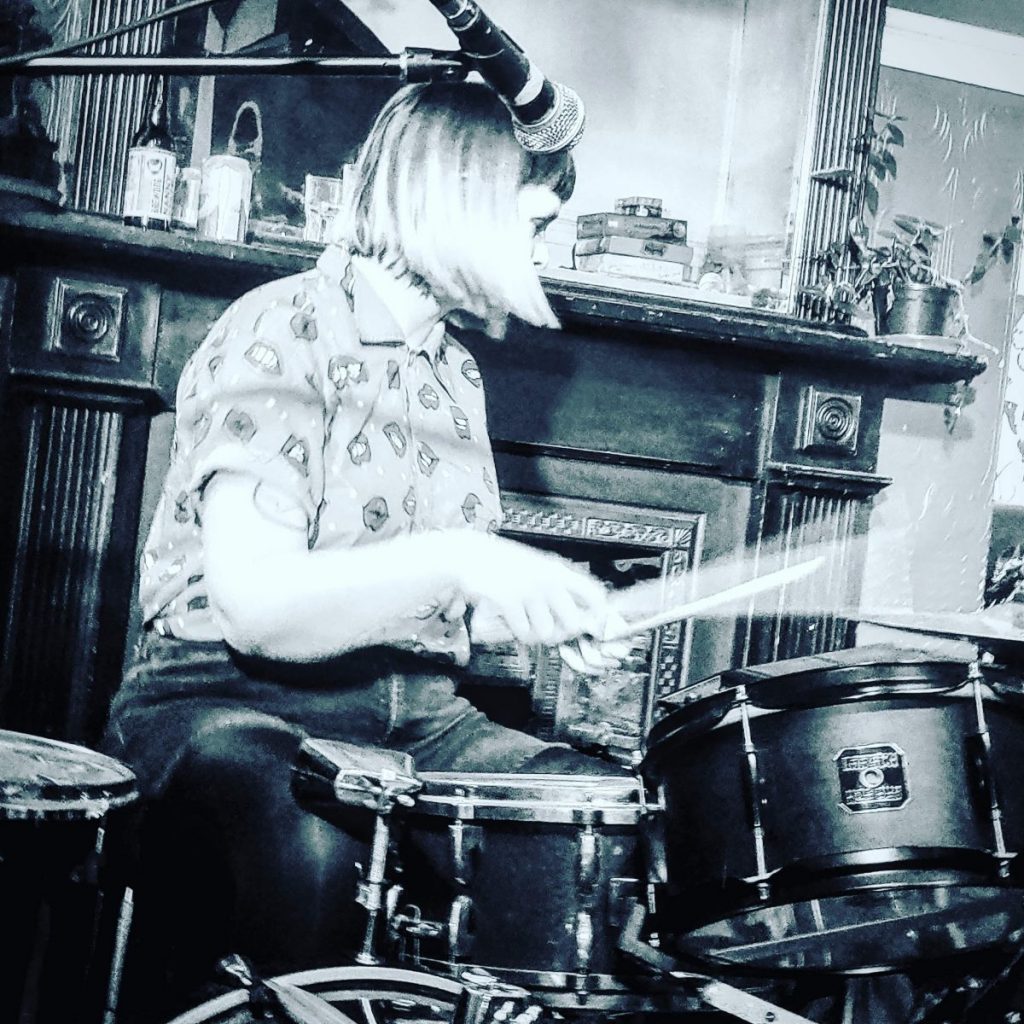 Eilis Frawley was up next with some atmospheric spoken-word-drumming. Kinda weird but cool. I don’t have much more to say, to be honest. It was competently done, with some inspiring – and challenging – quotes:

There are the occasions that men – intellectual men, clever men, engaged men – insist on playing devil’s advocate, desirous of a debate on some aspect of feminist theory or reproductive rights or some other subject generally filed under the heading Women’s Issues. These intellectual, clever, engaged men want to endlessly probe my argument for weaknesses, wrestle over details, argue just for fun. And they wonder, these intellectual, clever, engaged men, why my voice keeps rising and why my face is flushed and why, after an hour of fighting my corner, hot tears burn the corners of my eyes.

Why do you have to take this stuff so personally? ask the intellectual, clever, and engaged men, who have never considered that the content of the abstract exercise that’s so much fun for them is the stuff of my life. 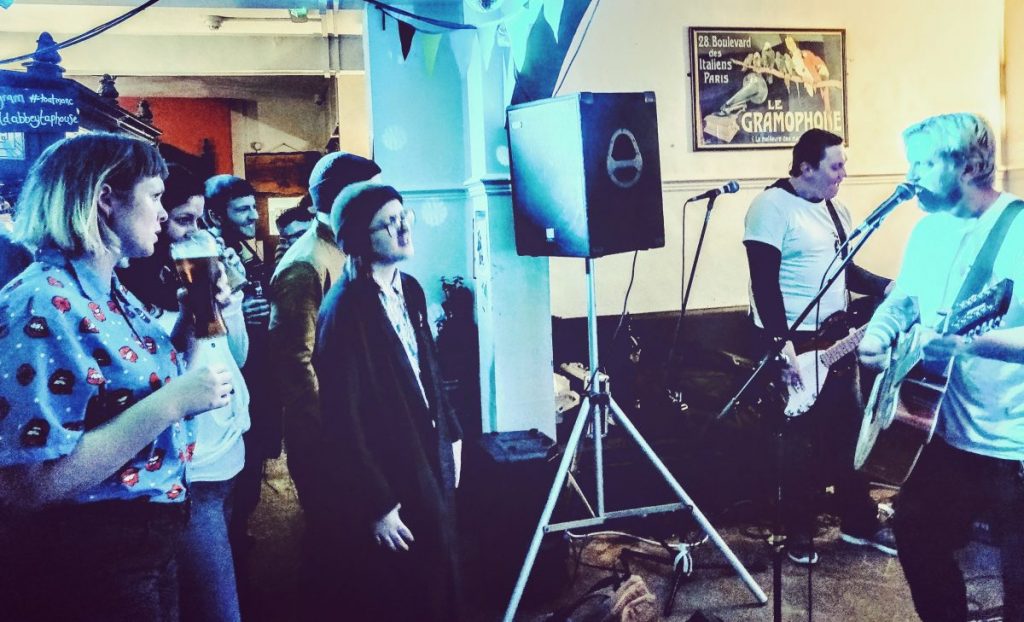 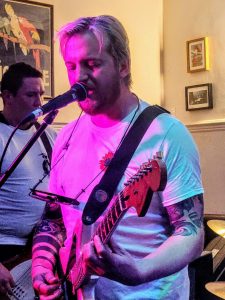 No doubt about it – there’s several spit stained pint mugs of fun here for everyone. To be honest, and don’t tell Tim I said this, it’ll only go to his head, but the only problem was that he wasn’t playing to a bigger crowd. It’s solid pleasantly tarnished gold, and it deserves a roaring full pub to appreciate it. Catch him in a dingy back alley near you sometime…