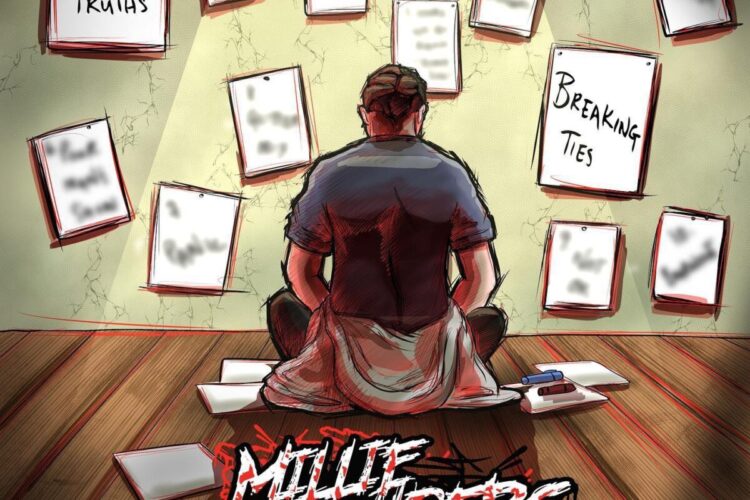 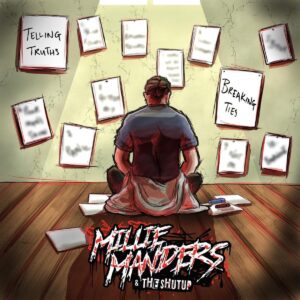 After half a decade as an absolute stalwart of UK Ska Punk, Millie Manders and The Shutup have finally put an album together.

Now, it’s always a challenge reviewing something by someone you are totally in awe of. Not only is Millie utterly ferocious in performance – whilst managing to be friendly and generous in person – she also lives with a cut-me-in-half-and-I-bleed-truth integrity. Whether its her youth musician development tutoring, or her unceasing championing of the under-funded and under-loved Norfolk Arts scene, she’s there. Plus she drew a unicorn mermaid that my 6 year old daughter thought was amazing. She’s slightly intimidating really, but that’s fine, because truly awesome people are meant to be.

This album covers familiar lyrical ground; romance, mental health, environmental concerns, government shenanigans, plus burning out with the craziness of daring to be an actual professional band in this day and age. That’s not to say their content is cliched, its saying that they are very much on the same page as the rest of us. And the vehicle that these guys deliver that message with? It’s punchy, its aggressive, its pin sharp, it has vocals that could shatter windows and then tear the doors off; it’s the full package.

In fact, if I was going to be critical of this album, it might be that it doesn’t hang together as neatly as some releases out there. Some bands have a more homogenous sound, like the producer could have just used set-and-forget on the EQ. There’s no time for that as MMATS pirouette from one new idea to another, always bracketed by a broken glass wall of guitar and brass just waiting to explode all over you.

I can’t eat, still can’t sleep
I’ve been here for hours and hours
I’m in pain, can’t explain
Black dog at the heart of it

The song starts with a phasing riff on the guitar before the rest of the instruments crash in. Seconds later, Millie comes in, taking a vocal tilt that’s just a bit different from anything else you’ve heard on the album, then layers it for a punchy pre-chorus, all building to the hooky chorus that you know will send the pit crazy, and stick in your head for the next 3 hours – I was absolutely aggressively humming “Here we go again!” whilst doing the washing up last night.

Then, barely allowing you to catch breath, there’s a swirling 3 stage breakdown, brass and guitars dancing round each other, all falling away to let Millie’s guttural vocals drag you back into the chorus. This is nailed down by lyrics that acknowledge the grim reality of mental health, welding us together by our joint experiences, and leaving a sarcastic nod to hopeful action at the end. Superb. 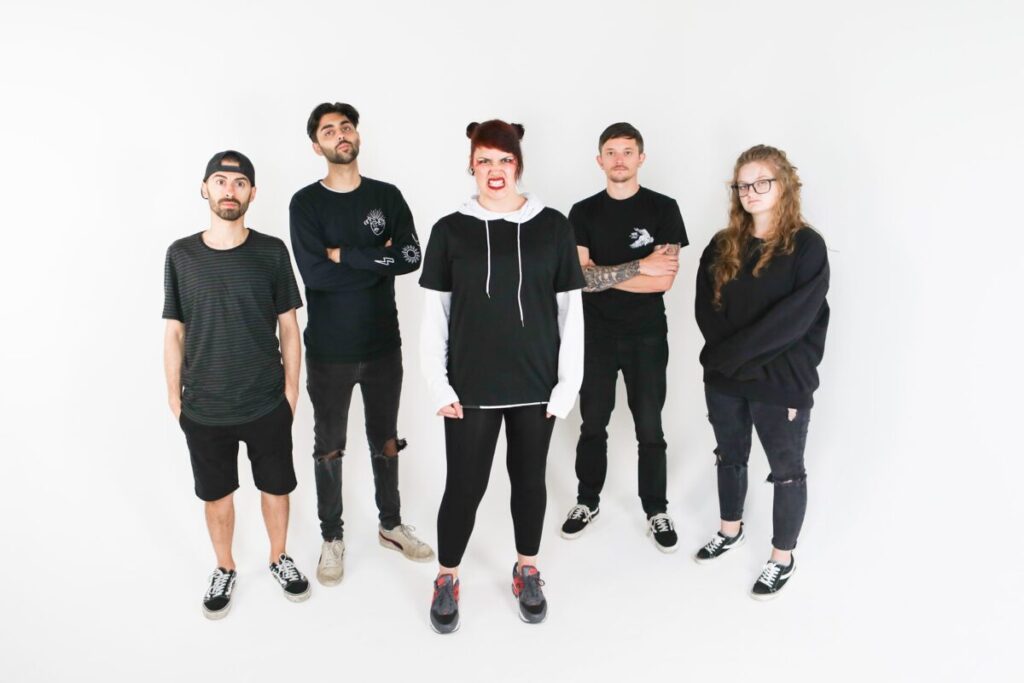 Almost every track here stands out, to similar degrees but contrasting ways. Honestly, I think that nearly every song on “Telling Truth, Breaking Ties” would be single-worthy for a lesser band. Maybe that’s why I feel like it lacks a little cohesiveness as an album: because it actually feels more like a “best of”, pulling together a wide range of hits from decades of different albums. Except its not that! Its all come at once, in one gush of saxophony and creativity!

Trawl the bottom ‘til marine life is all gone
Pollute the waves with ignorance ‘til there’s plastic in our lungs
Participate in the fun – we’ve fed our planet destruction
And still we sit on our thumbs; procrastination’s all we’ve done

It’s time to
Panic, panic we’ve got to put the fire out
Why don’t you panic, panic about the oceans crying out
Wake up and panic, panic the World is quickly dying out
You’re blind to panic

It’s hard to avoid comparisons of Millie with other famous female singers, for two reasons. One, she’s more than their equal. Songs like “Silent Scream“, with hints of Evanescence‘s Amy Lee,  “Glitter Mix” which brings Frozen‘s Idina Menzel to mind, and the multiple moments where you think “This could be P!nk, right?“. Definitely got some Mahalia Jackson and Layla K moments in there too.

But, cards on the table here, I feel a little uncomfortable saying these things. Am I unwittingly viewing this stuff through a patriarchal lens, painting every female artist in the same box out of some kind of minimising laziness? If 2020 has taught me anything, its to check my privilege. 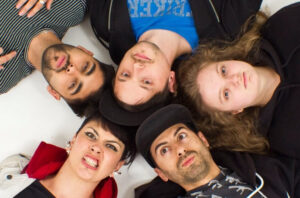 So if I am being rubbish here, I’m sorry. I don’t think I am though. I think the reason those comparisons flow so easily is because she really is that good. As I said back in July when “Your Story” came out, I reckon Millie could totally pull off a pop career, but that would deprive the world of her terrific snarling growl. Especially as someone so used to male voices, hearing her tinkling the chandeliers on “Your Story” then switching to sandpaper abrasiveness on “Bitter“, her dynamic range is mesmerising. And annoying, if you try to sing along, and have your voice break on you like a thirteen year old again. Ah well.

Two, the other reason her gender seems important is that recognising minorities is important. Much as we’d like to ignore it in punk, we have the same minorities as the Tory party: there’s an awful lot of white cis blokes out there. So let’s celebrate her existence. To use her own words here: “I think there are a tonne more women coming to the forefront in every genre right now. The spotlight is on us! So right now, I say EMBRACE IT! Take it by the horns and ride this wave. Doors are opening all over for us and all we need do is walk through…”

Millie Manders and The Shutup certainly do that with this album. They bear-hug embrace the listener, they take an awful lot of horns and they absolutely invite you to ride a wave with them. Enjoy!

Plus you can hear their entire back catalogue at milliemanders.bandcamp.com!

Also, find a seven year old, and watch Frozen with them, then get them to listen to “Glitter Mix”, they’ll love it!