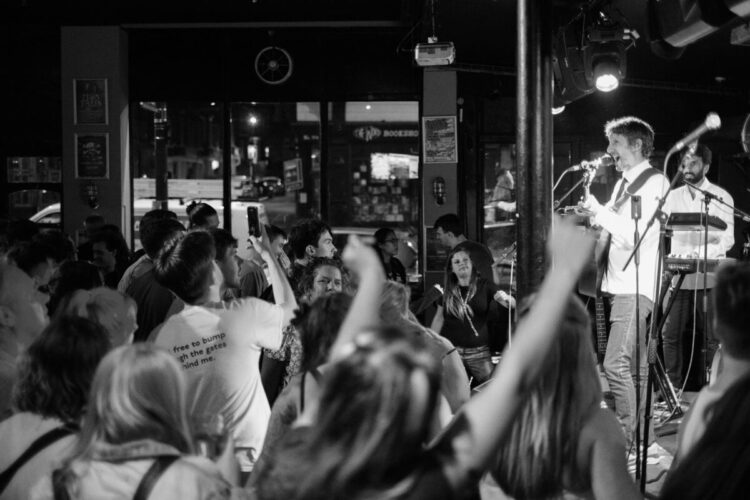 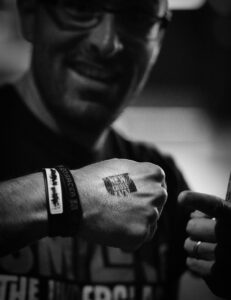 A lucky happenstance found me in sunny London town this week, so I took the opportunity to visit the New Cross Inn for the first time.

For those of you who don’t know, the New Cross Inn is the spiritual home of much of the UK ska scene, with basically every band ever having played there nineteen times, it hosts the incredible Level Up Fest and, of course, its operated by the lovely Paul Smith and is the oft-home of the Be Sharp Promotions gang.

So, the fact I’ve never been there is pathetic. Never mind, eh?

(Shout out to Jay Hirano for photos of the gig. Some blinders here, click ’em for nice big versions. You can see more of his amazing work at @jay_hirano_photography)

First up were Smiley & the Underclass (as seen at the first Warrington Ska Punk Show). Well, sort of. It was just Smiley really, booked for a solo acoustic show, and then Jay jumped on drums. It was fiercely enjoyable, as this band always is. Smiley reliably elevates things to maximum crazy energy with a huge range of throttle on his vocals, wild vampire cackles, and a machine-gun-patois fast enough to melt your lips.

The crowd was also surprisingly on board, jumping, skanking and generally not acting like one would expect for the opening act. Smiley chastised them, “What are you using this much energy? This is an acoustic gig! You should be reading your newspapers!”.

I was sad when it ended, although I did enjoy manning the merch stall, and explaining, apologetically, that Smiley had brought neither a card reader or a cash float, so all purchases were “Correct Change only, please”. What a pillock. 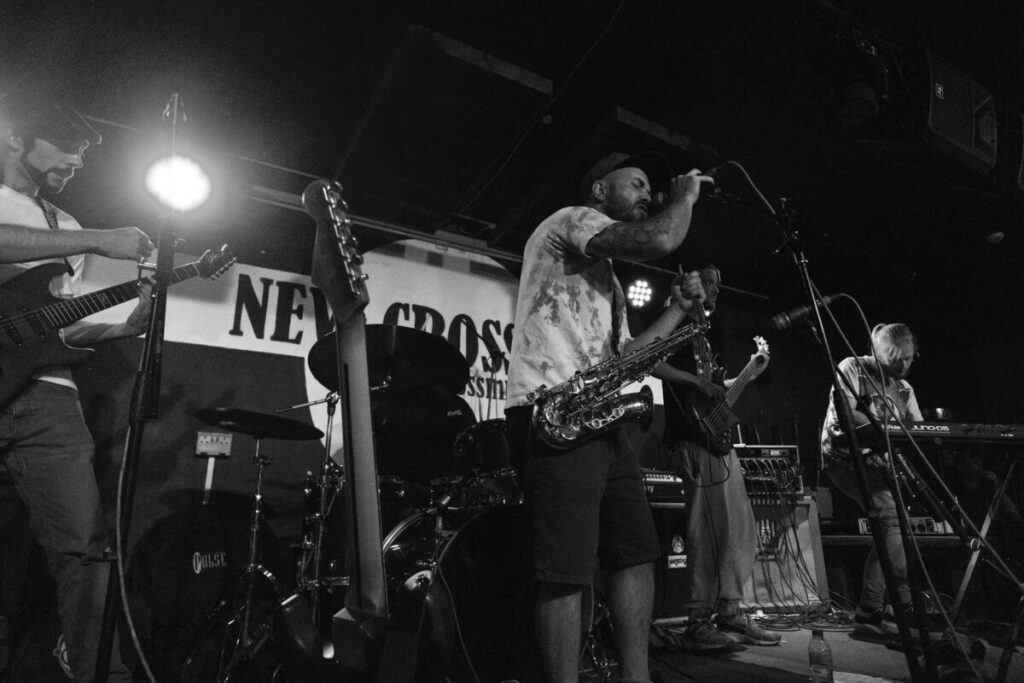 Next to the stage were Ferocious Lopez. They had a ton of energy, sadly let down by the muddy sound levels. I had to get out my old hearing protection standby – bog roll stuffed in my ears – as the cymbals were so loud it felt like someone hammering a knitting needle into your brain. They sounded more ska-rock than punk, but definitely the heaviest band on tonight. Their sax work looked incredible, just a shame I couldn’t hear it. Or their vocals. Like I say, a lot of energy but I don’t feel like I had a fair whack at hearing them tonight.

Finally, a grinning Undercover Hippy took to the stage. Billy fronts a band of perfection, with a pin-sharp backline. With their brand of extremely agreeable rock-reggae, the room exploded into dance the moment the first note rang out.

I was sucked in straight away, with the bass particularly grabbing me. Not frantic and intense like Ferocious had been before, Zak’s b-line was fast and smooth and sat perfectly in the pocket. So tight. Sooo tight. It was hugely helped by sound levels being just right. I was hyponotised for about 3 songs, just watching him do slides. Great stuff.

Being very honest, I’ve enjoyed listening to Undercover Hippy in the past (and you can too, if you pick up the Warrington Ska Punk Compilation on our merch page), but they’ve always been a little too Radio 2 for me. No punk aggression, just good-times-as-we-sing-protest-vibes. But what struck me, as I sat back and settled into the set, is that there’s absolutely nothing wrong with a little bit of accessibility. As I looked around, there weren’t just idiots like me skanking, there were people actually dancing, real non-mad dancing, couples holding hands, waltzing and absolutely enjoying it. In fact, I’ve never been to anything ska-punk adjacent with so many… normal people. 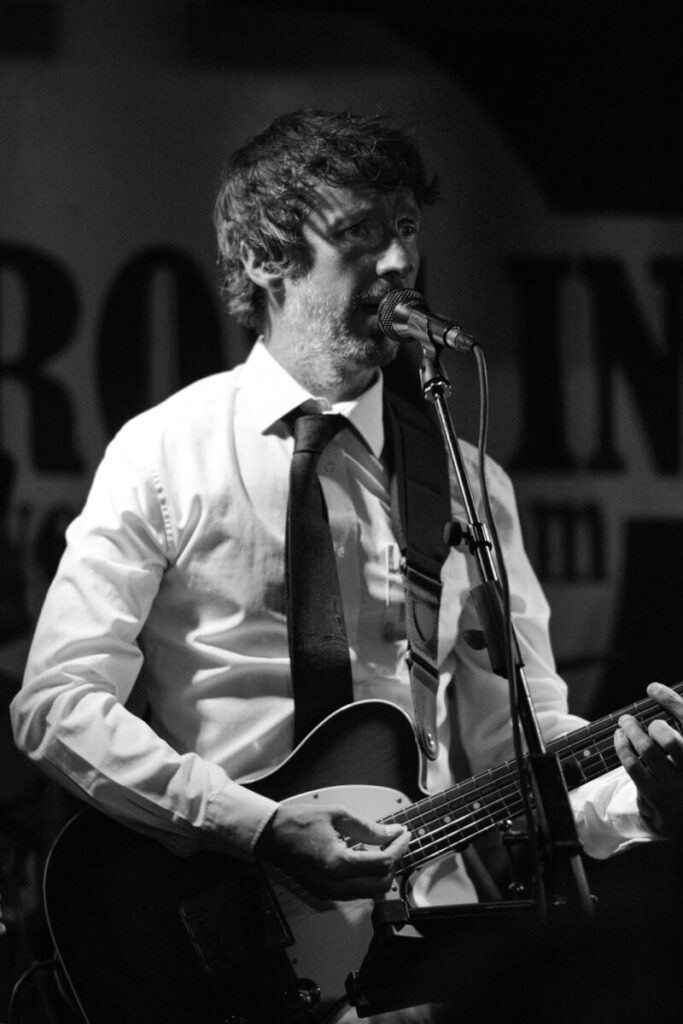 I’d never heard “[If I didn’t have a] Boyfriend” before, and I’m glad. It’s such a hilarious tale, and having it sung to us like a cheeky bedtime story was wonderful, all of us holding on to every word and then cavorting riotously in each chorus. 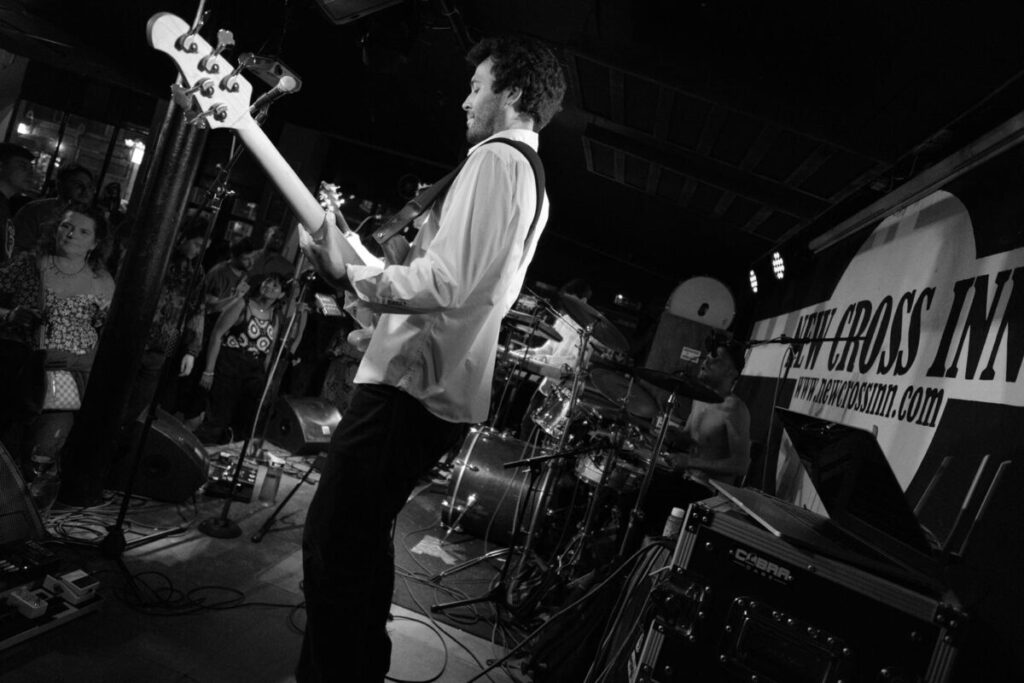 It was during their final song, “Last Chance To Dance“, as each band member took their moment to solo, show off and be celebrated, with Alex on drums and Sam on keys, that it all totally clicked for me.

These guys were all in suits – undercover even – and they’d just got a crowd of normal humans singing along to songs decrying the worst of our society, urging us to pull in the same direction instead. And dance while we do it. 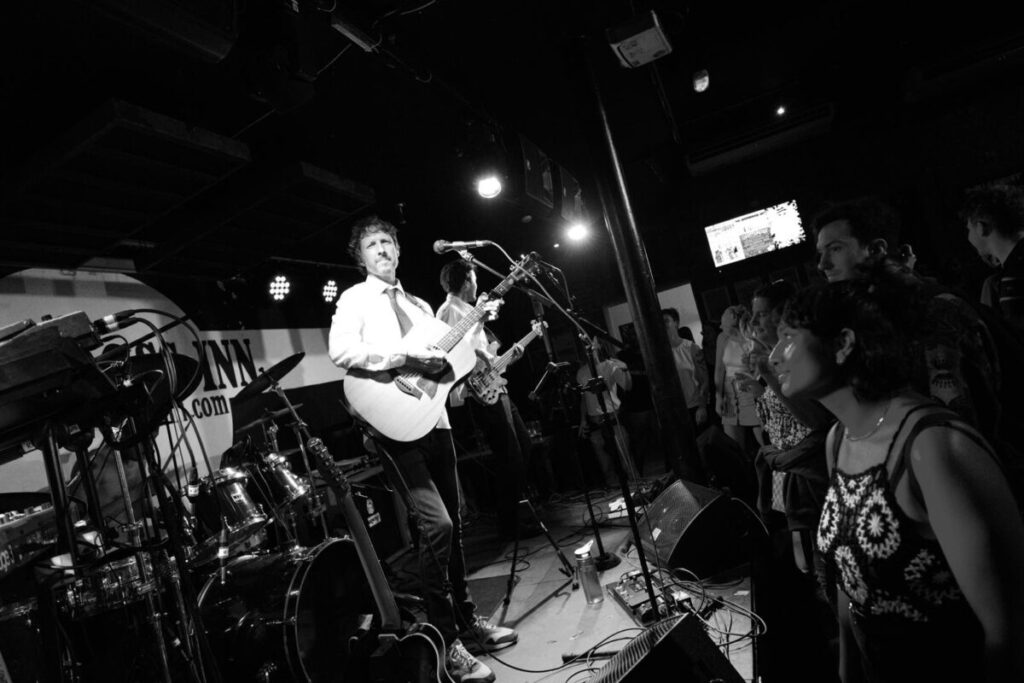