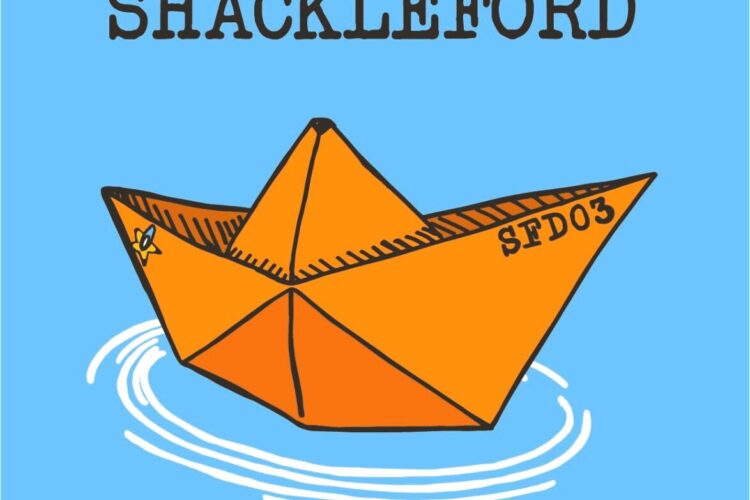 Now, this is pop punk, it really is. Fast, hooky, and pitch perfect, it wraps around your ears, mid-heavy bass pounding along, shiny buzzy guitars, and punchy vocal harmonies – everything 2004 taught you to expect. 14 year old me would have loved them. (Well, to be fair, I’d have preferred Simple Plan, because I’d have been wrong). What Shackleford bring to the table here, alongside all that, is a maturity you rarely hear in Bowling for Soup songs about the girls all the bad guys want.

A selfish heart can stem the tide.

The reason I’ve managed about 50 listens of this album without getting tired of it is that its not the one-sided lyrical and musical ice lolly that the genre title makes you expect. Listen to Dragged Along: it’s a song about being apathetic about one’s own apathy – “It’s not getting better, it’s not getting worse, content to be, Dragged Alone!“. Relatable, much? This release is full of lines I can pull out as quotes. Not inspirational, necessarily, but real? Absolutely.

The long dark sleep will see us through

In fact, it takes a while to realise, through the innate happiness of the genre, but this is sad-pop-punk. Not weeping into your cornflakes stuff, but definitely taking a long hard look in the mirror and asking yourself what on earth you are doing with your life stuff. Because its mature. Given that the average age of the band, by appearance, is approximately 53, that makes sense. Maybe 51.

Nothing’s going in, I guess? Well maybe just this pain that I digest.

You can’t review Shackleford without talking about their vocals. Because they’re majestic. A power-house of catchy gravel. There’s a lot of lead vocal sharing between Dave and Ross, which keeps things fresh and organic – you almost don’t know who is going to drop in next. Of course, Dave and Ross are also the visual poster boys for the band too, with perfect skin and incredible bodies. (That was a joke, they both look awful. Dickkie is the heartthrob). And the harmonies! The woahs! The singalong material here smacks you in the face on your very first listen. The album comes out today, and the launch is Saturday. I fully expect the crowd to be singing along 100% by the second time they hear every single chorus.

So here I am, I’ve made a mess of so much, what a terrible decision, like everything that I’ve touched

With an average track length of 2.5 minutes, there’s no time to get stuck or bored, with rarely more than 1 or 2 repeats of a chorus before leaping into the next tune. Final song That Airless Summer is a great example, 2 minutes 45 seconds of slow, quiet, loud, and then bang, its over – having provided a beautiful showcase for Dan’s perfectly judged drums on the way. Gotta give a shout out to Dickkie’s graphic design skills here too – each release in the series is like a collectable, and just look at the precise, delicious, visual treat of the lyric video for 3am above!

Take comfort in the trying. Let it keep us warm.

Its a satisfying, interesting album, and you should buy it, right now. I don’t think there’s any filler here, maybe nothing quite as standout as Dopamine, their previous biggest hit, but part of that is that the entire album is so consistently good that its hard to constrast, quality-wise. The tunes slow down towards the last few, but that’s fine, just tells you that things are coming to an end. As they should, so that you can get ready for your next listen. And the next!

You can buy Shackleford III at all good indie record stores.
Or even better, grab it direct from Side Mission Records, and from Shackleford’s Bandcamp.
Check out Shackleford on facebook – and in Liverpool on Saturday for the launch show! Good stuff.