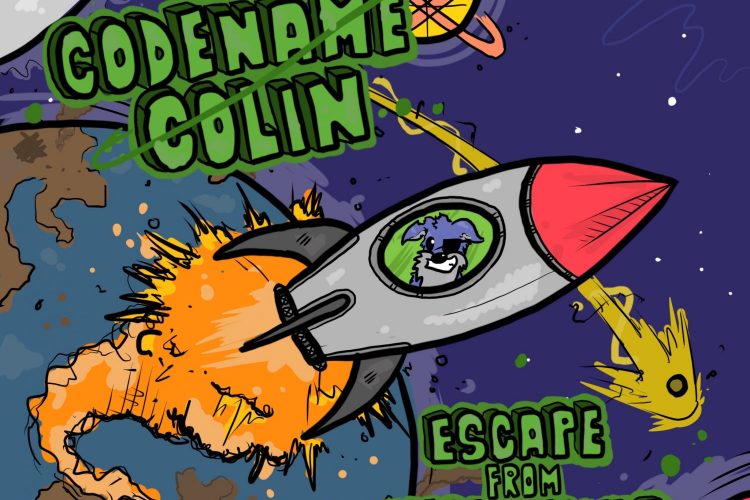 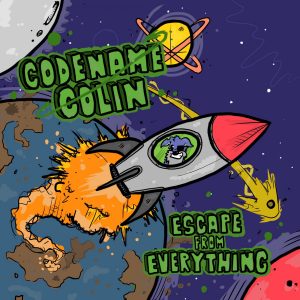 I’ll be honest, the first time I heard Codename Colin was when they submitted a track to the terribly-titled Warrington Ska Punk compilation (get yours for just £4 in our store!). But please ignore my ignorance: storming out of Hertfordshire (which, in my defence, is about half the country away from Warrington), Codename Colin are an energetic 6-piece, playing quality ska-punk.

They’ve got a familiar horn heavy sound, immediately bringing to mind some of their current fellows in the UK ska stable, especially rising stars Call Me Malcolm (read our CMM album review here), with vocals leaning a little more heavily in the [Spunge] direction. I definitely haven’t called them Call Me Colin about 5 times. Nope.

The album kicks off with “Losing Touch“.  Its a solid state to the experience, lots of little horn and sax fills in between rousing choruses, dropping out for a few moments of chilled skanking before it blows up again. “The World Is Going To End” is up next, proclaiming that “We’re a plague upon ourselves“, and then dripping with sarcasm through the verse – “It’s okay, as long as its not our home being destroyed“. Which is important: its crazy how much more of a focus we need on environmental responsibility. Maybe I should stop buying so much horrendously polluting vinyl.

Social responsibility continues as a theme with “Turn the Tide“, which have some rather nice massed vocals, and then bass heavy quieter moments. It that remind me somewhat of the little known very -much-defunct Bristol band The Scrub.

Up next, “Dream State” is a skank anthem (A skankthem?) – I was actually listening on a bike ride somewhere and pulled over to write down that rather dodgy statement there – but its undeniably one to get the knees flailing. Not hurt by the fact that its followed up by my favourite track, “Headspace“. Just a wee little intrumental number, but its tight-as-a-rusty-hairpin, with some absolutely great tooty bits. I commented in my last review that the world needs more instrumental tracks, and then it turns out I got one here too. Wishes do come true… 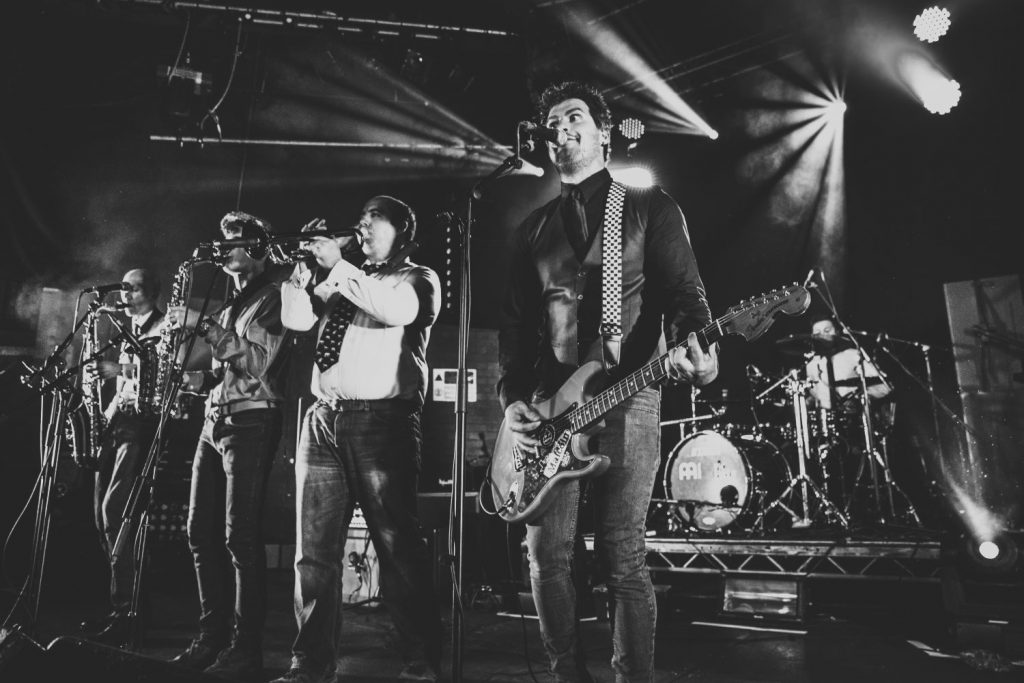 “Kelly’s Missing” is a savage indictment of the pay-to-play environment that can haunt those on the bottom rungs of our scene. I remember, in my younger days, somehow ending up pushing my mates to buy £17.50 tickets for a UFO gig that my punk band ended up on the bill for. I then forgot the words halfway through a song, to a crowd of entirely unmoved metalheads. A proud moment. So pay-to-play is a cause that definitely needs a hero. Catch the video for it below: 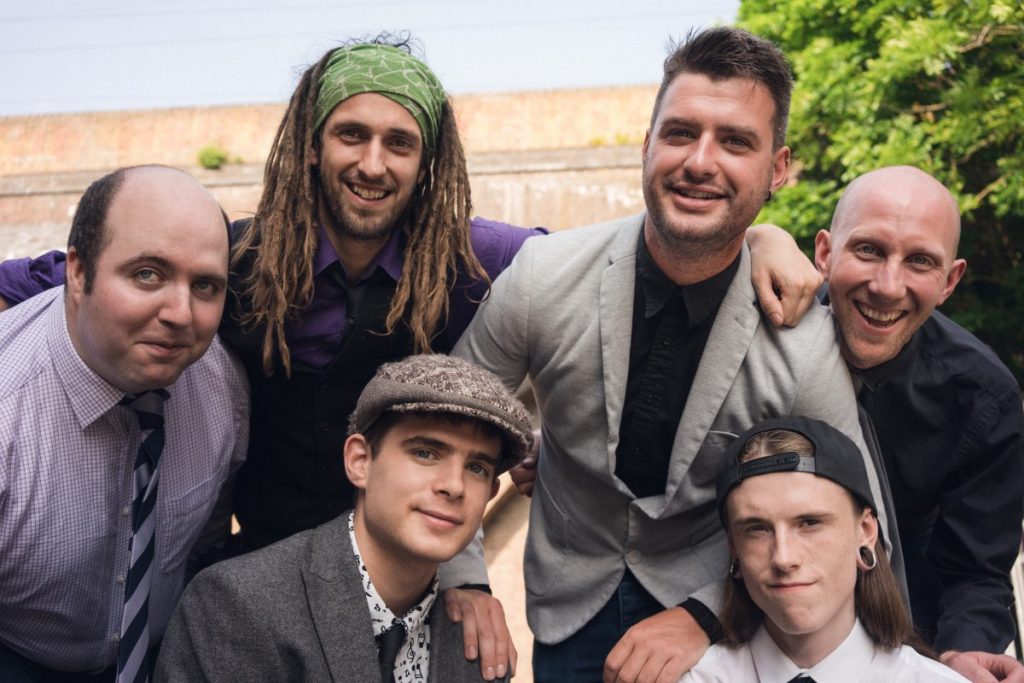 Mental health has really come to the fore in the last few years, and rightly so. “Little Things” and “Nervous” both touch on this, the latter being a particularly melodic one, tight guitar lines and lovely harmonied horn segments. Can see the crowd wobbling around like utter morons for this one.

The last three tracks keep up the tempo, and the quality. This album is consistent – if you get on well with track one, you’ll be cheering all the day to the end. It closes with the anthemic “Escape from Everything“, which if they don’t use as their closing song every single night on tour, I’ll eat my hat.

Tonight, I’m gonna say goodbye!
Its not forever, but its long been coming
Just for one day, can I escape from everything?!

If I have a criticism of this album, maybe its a tiny bit by the numbers, a bit “I bet the chorus comes back in here with a crash” – but then, sometimes that’s just playing to the genre. Codename Colin are a credit to the scene, there’s no doubt about that.

If you like Ska-Punk, you’ll definitely like this album. If you love UK Ska? You may love this bad boy. Personally, I consider it a life goal to get these guys playing Warrington in 2019! I wonder if they’ll agree to buy tickets in advance to sell to their mates…

You can buy Escape From Everything at all good indie record stores.
Or even better, grab it direct from Bad Granola Records, and from CodenameColin.com.
Check out Codename Colin on facebook – and on tour over the next few months. Good stuff.