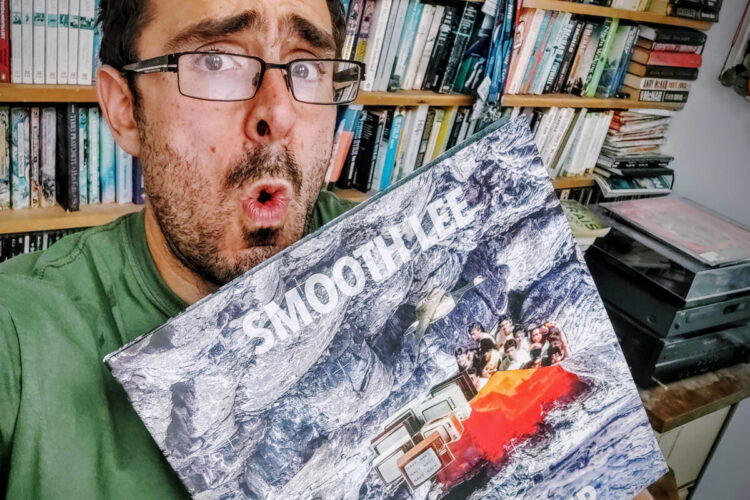 So it’s not often that I get an unexpected vinyl through the door. I mean, I say that. I regularly get music through the door and I’m like “Oh Right! I forgot I ordered this…”

But in this situation, it was an album I’d never heard of, from a band I’d never heard of. It turns out that Smooth Lee are a ska band from fair Belgium. I asked them why they so foolishly sent their music 500 miles out of their way to the grim wastelands of the North West…

“We just liked what you are doing. Getting people together, listening to music and helping out people in need… felt warm and real instead of businesslike , and it seemed an exclusive northern ska club you are running – so we thought it would be funny to break into that club – especially not even being a UK band.”

It certainly made me feel warm and real; a good starter for the 10 tracks of sunny ska that spilled out of my turntable. Smattered with elements of rocksteady and soul, this is a enjoyably chilled LP, one that’s immediately as familiar and comfortable as an old dressing gown. 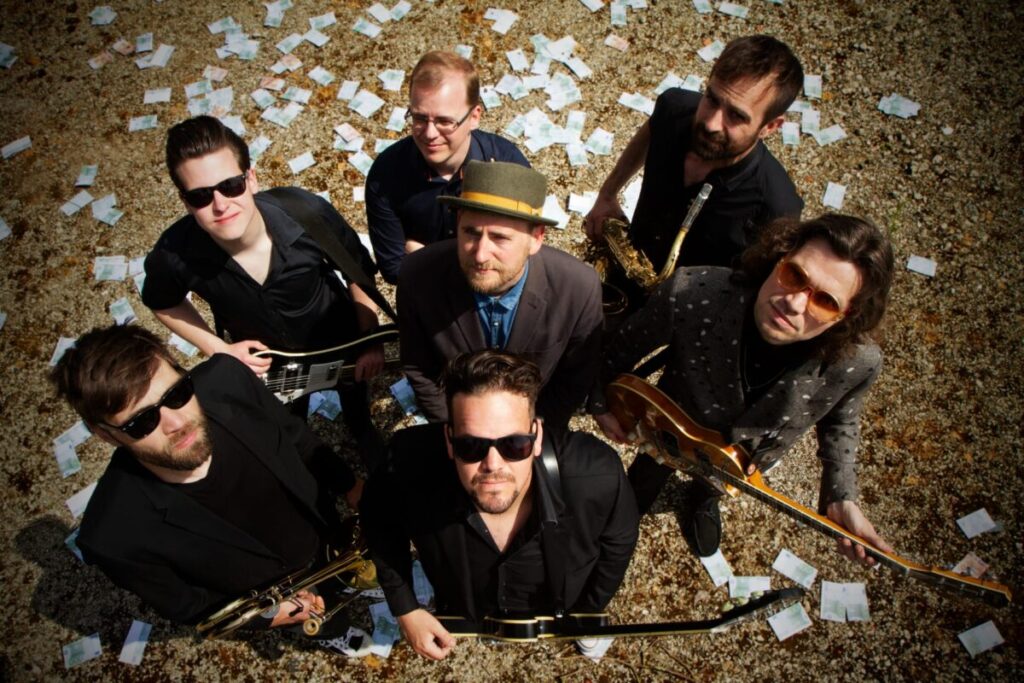 Now, this is a Sunday afternoon album – you aren’t gonna be on the edge of your seat, but then neither are the band.

There are plenty of moments where the gang sit back, maybe let the bass play around a little, maybe drop in another laid-back brass section, and just have a good ole time. I suspect this release would sit on a shelf in a 70s soul record store quite happily, old school in all the right ways. “Lo-fi” was a term that resonated for me, and I actually noted it down before checking the liner notes – where I discovered that the entire thing was recorded, produced and mixed on a 16 track analog mixer! Legends.

As you work your way through, there’s a confidence to their relaxed pace. Smooth Lee take their time – a real contrast to the excellent-but-frenetic pacing of The Bruce Lee Band (read our review of Rental!!! Eviction!!! here) who I’ve also been listening to all month. With a solid guitar kick, reliable beat, and some subdued but punchy brass parts, its tied together by the marvellous gravel of Luk’s lead vocals.

At many points it reminds me of The Adjustors‘ incredible debut album, a similarly broad musical range with silky sandpaper singing. And, perhaps its because I’m a bassist myself, but the four-stringing throughout is exemplary for the genre. It comes to fore in Killer Queen, or Levi’s moreish walk-the-plank pre-chorus hook on Speed of Light.

Track-wise, you can see why “The Holdup” is the title track for the album – as soon as it kicked in I jumped to the cover to see which tune it was. A perfectly punchy bass part, calmly counterpointed by the crispest of brass callbacks. Yeh, that’s right, I just used alliteration. Respect.

In line with most punk and ska, there’s a familiar approach to the miserable hypocrisy that often fills in for government in our troubled world.

Stockbrokers keep on breaking
Why should it be at our expense?
All bankers act like gangsters
It’s a hold up there’s no defence
Lawgivers keep on taking
They don’t care if we consent
And if we raise our voices they just say…

Its a stonker of a song. Relaxed, capable, angry, danceable. Everything you should be looking for in this locked down time.

Side B punches off with the brilliantly funky keys on Masqueraders, the kind of thing that makes you want to pick up a Moog and just go to town. The song ends in a multi layered musical dance off, bass, synth, keys and vocals all doing the equivalent of standing topless on the table, slowly twirling a shirt round one finger.

The beauty of this record is the simplicity – each part gets a moment in the sun – like the delay soaked trumpets on Say a Prayer – which brings to mind the refrain in “They Gutted This City” by Bedouin Soundclash (read our review of latest album MASS here) – or the equally expert flourishes of bouncy brass on Shangri-La. You can definitely see a crowd lazily waving their arms and cheering along to the “Woah- oohs!” on that track. Its not all chilled out though, lots of the songs have a not-quite-punk attack, like the starting bombardment Speed of Light.

In summary, this is a solid album. Don’t get me wrong here; it’s not The Shape Of Punk To Come – there are no pretensions to world-changing genre definition here. These guys know what they want to play, how they want to sound, and they want you to have a good time with them. If you like your ska third-wave and horn-heavy, or even if you’re a more beat dependant two-tone lover, this album will not disappoint. Every time I put it on, life feels a little bit more warm and real. 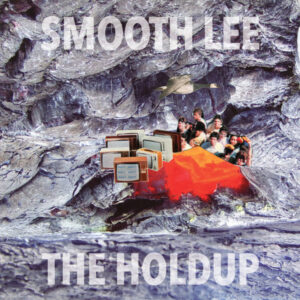 Get a copy of The Holdup at bandcamp – (go for vinyl because you know its the right choice!)