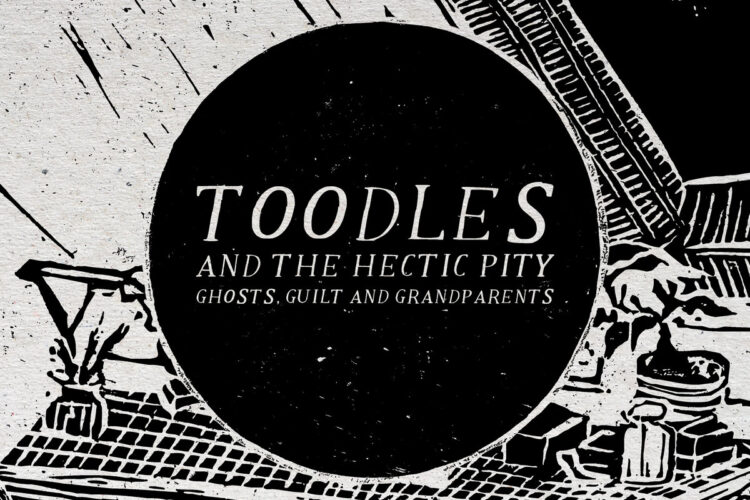 I’m not really sure why I am writing this review.

Perhaps its just the nature of obsessing about nothing during Lockdown. Sometimes, in our ephemeral hobby of being ‘into’ music, a particular record just grabs you. In this instance Toodles and the Hectic Pity absolutely grabbed me.

I got sent a flyer of theirs from Specialist Subject records and it was just so pretty. I took it out and showed it to my wife, repeatedly and exuberantly, just because of how lovely it was. She is used to me being excited about things, so just calmly ignored me as usual.

When Bandcamp charity day came – they are slashing their fees one day a month to help out artists – I pounced. I had still not heard a single iota of their music but something about their name, something about their style had taken hold of me – they list “coffee and Ursula K Le Guin” as fellow band members for goodness sake! It took me less than a split second to decide to buy this single-sided 12” Ghosts, Guilt & Grandparents. 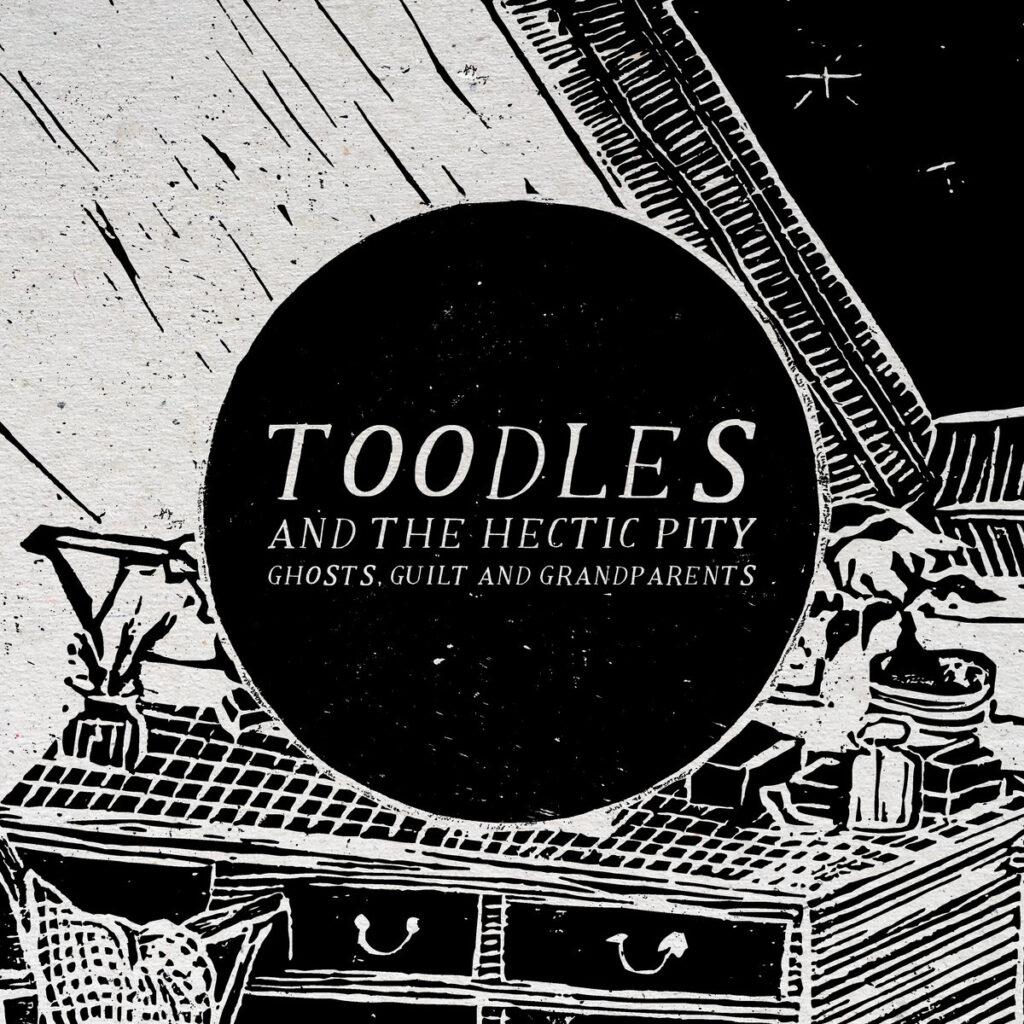 The record arrived (and its undeniably gorgeous – just check out that cover!) I popped it onto my record deck, dropped the needle into the groove and sat back to be almost immediately… disappointed.

So, first things first (a misleading thing to write halfway through the review), Toodles and the Hectic Pity are not really a punk band. Not really. Nor are they a ska band. Nor are they a ska-punk band. At which point immediately, dear reader, I hear you asking “Well why are you reviewing it?!” and that is a good question. One that I don’t have to answer. Sorrynotsorry.

I would describe Toodles and the Hectic Pity as “vocals-heavy, stripped-back indieish”. I’m not usually a huge fan of stuff that falls in that wheelhouse… although I think you could probably say Brand New‘s seminal Your Favourite Weapon album filed a similar notch, and I loved that. Like that release, this one is an intense, gripping, lo-fi album, one that is very much led by the vocals. So it’s not that I cannot appreciate the ball park, but there is just something that doesn’t quite click for me with Ghosts, Guilt and Grandparents.

Maybe it is a slight lack of low-mid, I feel like it could really do with some keys or something to fill the voice between highs and bass; Instead, it leaves you a little bit wanting, with some very spangly, slightly unsatisfying over-driven guitars and then a lot of vocal – and I mean a lot of vocal. If you like Callum’s voice then you may well love this album. And if, on the other hand, you think its “Fine? Perhaps a bit wearing…”, then I expect your opinion on the record will follow suit. 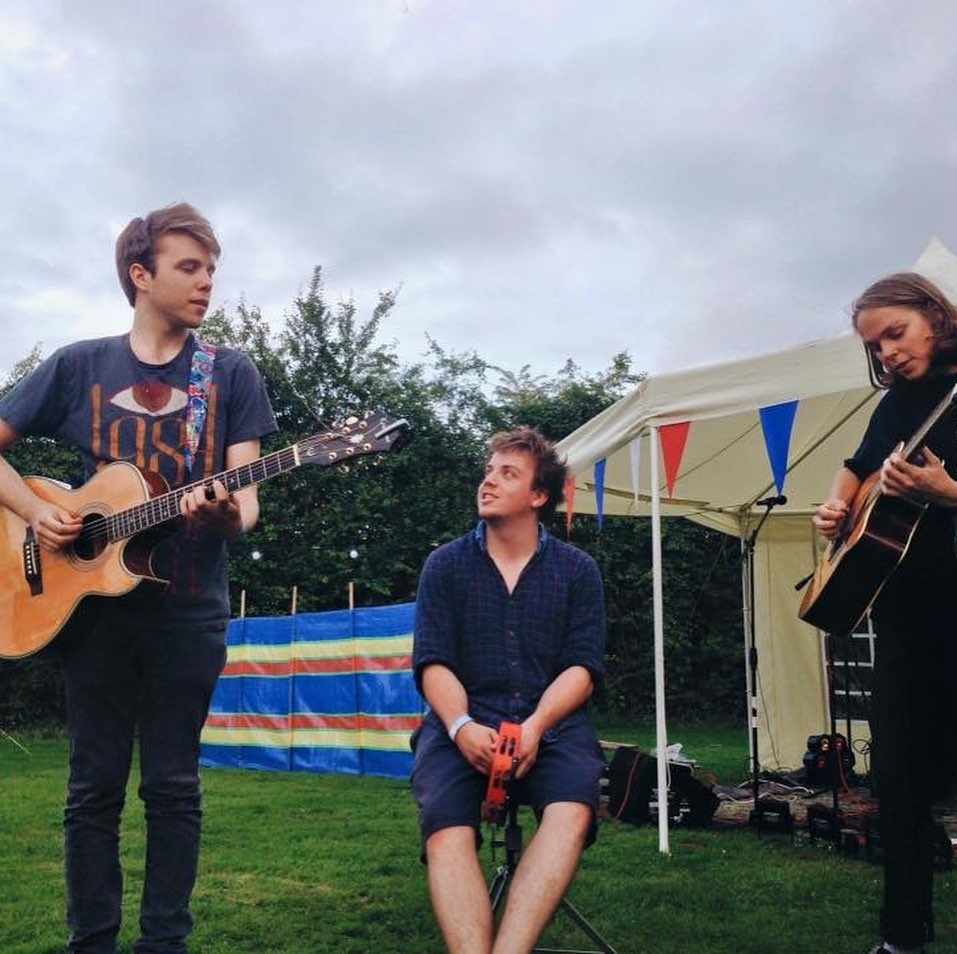 Undeniably, there is a driving energy underneath, not to forget tons of layers and well crafted effects, odd glimpses of harmonica, almost some strings I think on one of the tracks. Not to mention some eloquent, evocative lyrics:

And I feel alive, everytime that we talk I feel alive
There is an empty home a couple of streets away from where you father was born
And where you finally moved out and managed to escape. I try not to think about it.
Because if I think too much about it
Then everybody that I see from my skylight don’t think too much like me

Clearly this record is beautifully and lovingly put together, bubbling with passion and talent.

It’s just not for me.

And I think that maybe the reason I am reviewing it. This EP is not for me, but it might be for you. That is all I’ve got to say really. Its only 5 tracks; you can listen to it on bandcamp or buy the vinyl like I did. I am not going to be keeping this one but I did immediately think of a friend who I thought would probably love it, so posted it on to them. 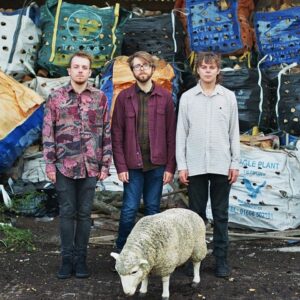 So maybe that is the whole purpose of this review; I don’t love it but I know that some of you will. Whatever. I’m going to go read some Ursula K Le Guin now…

Get a copy of Ghosts, Guilt & Grandparents at Bandcamp – or buy the vinyl direct from Specialist Subject Records.